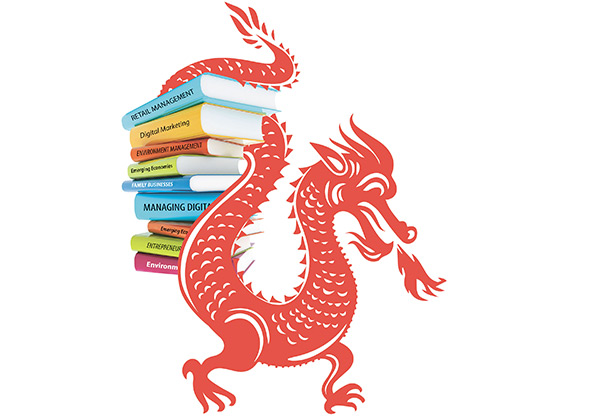 02 December, 2014
Print this article Font size -16+
In 2012, the Centre for Marketing in Emerging Economies (CMEE) was set up at IIM Lucknow for those keen to pursue research in BRICSIT (Brazil, Russia, India, China, South Africa, Indonesia and Turkey) nations. This was in line with the shifting centre of gravity of global business to emerging markets.

The world now wants business case studies from countries such as China, Russia and India. CMEE hopes to address this gap. A founding member of CMEE, Mrutyunjay Mishra, who is also co-founder of digital marketing agency Juxt, says leading institutes in BRICSIT countries are forging partnerships to learn about new management practices. There is, in fact, a healthy exchange of ideas through conferences as well as original research.

That’s at the research level. At the entry level — among MBA aspirants — there’s a noticeable inclination towards emerging markets. The savvy management candidate knows that the coolest jobs are in these markets where western models may not apply. Which is why B-schools outside the traditional markets — the US, the UK, Canada and Australia — are the new flavour.

The shift is evident at the QS World MBA Tour — organised every November in India — where B-schools from across the world pitch their institutes to students. At the fair, the stalls of management institutes from China, Hong Kong, Russia, Turkey, Italy, Norway and Denmark draw more crowds compared to the Big Four of education — the US, the UK, Canada and Australia.

The number of students queueing up to get a prospectus of the China Europe International Business School (CEIBS) in Shanghai shows just how interested Indians are in studying there. According to Rama Velamuri, academic director, Centre for Entrepreneurship, CEIBS, every year, at least 10-15 Indian students join the MBA programme at the Chinese B-school.

Overseas education consultant Ashish Sachde, who sends around 50 students from India to B-schools around the world every year, agrees that the US has lost its charm.

“Earlier, a chunk of Indian students used to go to the US. Now, the cake has gotten bigger, and students are discovering that the US is not the be-all and end-all of management education,” he says.

Sachde indicates that while Singapore and China are the most preferred education havens, it’s European countries such as Italy, France and Germany that are aggressively wooing Indians. They are going all out — from holding education fairs and seminars to stationing their representatives in the country. Other emerging hotspots for management education are east European and Scandinavian countries.

He believes the change in visa policy by the UK played a crucial role in changing the preferences of Indian students regarding their place of study. After the country discontinued the post-study work visa permit three years ago, “students started looking away to countries like Ireland, which offers a one-year stay (to students) after (completion of) studies to look for jobs and, subsequently, a 3-4 year work permit,” says Sachde.

“For instance, Germany, which offers low-cost options, and Ireland, which offers work opportunities, are good stops,” says Choudaha. He is, however, quick to point out that “while these destinations are becoming attractive, they are growing on a small base. The US still remains the leading destination and attracts nearly half of all globally mobile Indian students”.

Choudaha segments globally mobile students into four categories — high-fliers, explorers, strivers and strugglers. Typically, Indian students, he says, are most likely to be strivers, who take loans to study abroad. But he forecasts that 2015 onwards, there will be a big change in the profile of Indian students aspiring for global education. That’s when we will see a lot of ‘high-flier’ students in India.

He defines ‘high-fliers’ as children born in the late 1990s to parents working in new-age industries such as IT, financial services and telecommunications, many of whom can afford as well as aspire to send their children to study abroad.

The fight for the best brains from India is only going to get more intense in the coming days.

Charting A New Course
Even as the global MBA map is changing, with emerging hotspots, within institutes too, the curricula is undergoing a sea change.

The marketplace is evolving and so MBA course material needs to change as well. Says H. Chaturvedi, director, BIMTECH, “Apart from the conventional focus on marketing, finance, operations and HR, other fields of specialisation like e-commerce, digitisation of services, application of Big Data, modelling, creative design and thinking in diverse areas, sustainability, good governance, etc., are assuming greater importance in the industry.”

Even the method of teaching is witnessing a radical change. Says Chaturvedi, “Besides, the time-honoured pedagogic methods such as lectures, case studies, workshops, there is greater emphasis on experiential learning and greater industry immersion to prepare students to hit the ground running.”

After decades of status quo, seismic shifts are happening on campus. Students are exploring new directions, new avenues and new courses. But then given these times of rapid flux, changes were inevitable.