Washington [US], November 7 (ANI): Legendary musician and songwriter Eddie Van Halen's family is still reeling from the star's death last month.
According to Fox News, Van Halen, known for his immense skill with a guitar, passed away on October 6 from cancer.
At the time, his son Wolfgang -- whom the rocker shared with actor Valerie Bertinelli -- made the tragic announcement on social media.
Since then, Wolf, who has joined the family band, has shared a number of black-and-white photos of his father on Instagram but offered no captions.
While he's spoken openly on Twitter, Friday brought the first comment in memory of his father.
The 29-year-old musician shared another black-and-white photo to social media, this time depicting himself and his late father wearing large smiles. 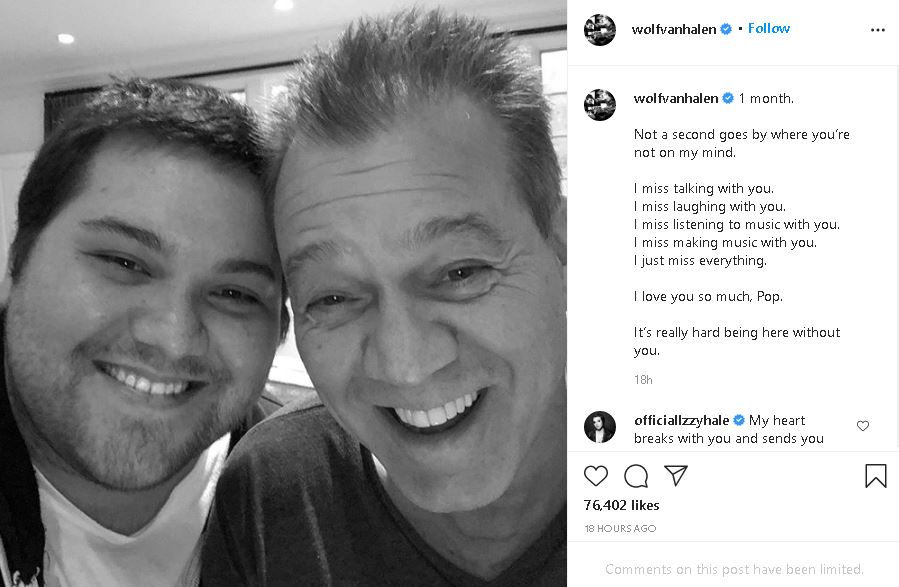 Wolf wrote, "1 month. Not a second goes by where you're not on my mind. I miss talking with you. I miss laughing with you. I miss listening to music with you. I miss making music with you. I just miss everything."
He concluded: "I love you so much, Pop. It's really hard being here without you."
In his announcement last month, Wolf referred to Eddie as "the best father I could ever ask for."
"Every moment I've shared with him on stage and off stage was a gift," Wolf continued. "My heart is broken and I don't think I'll ever fully recover from this loss. I love you so much, Pop."
As per Fox News, the 60-year-old star Bertinelli also spoke out after the passing. The actor was married to Van Halen from 1981 to 2007.
Sharing a black-and-white throwback pic of herself, Van Halen and their baby son, she wrote, "40 years ago my life changed forever when I met you. You gave me the one true light in my life, our son, Wolfgang."
She praised the star's "gorgeous spirit and that impish grin," both of which he was able to maintain throughout his battle with cancer.
"I'm so grateful Wolfie and I were able to hold you in your last moments"I will see you in our next life my love," she concluded. (ANI)