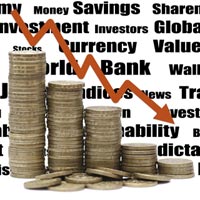 08 November, 2014
Print this article Font size -16+
India's economic growth will remain subdued this year and any recovery will be gradual as government spending and interest rate cuts from the central bank revive domestic demand, according to a Reuters poll of economists.

Although inflation is expected to ease, it will not fall near the Reserve Bank of India's perceived comfort level of around 5 percent, reducing the chances of aggressive policy action to pull the economy out of its slowest pace of expansion in a decade.

That forecast is down from a 6.4 per cent pace of expansion in 2013/14 estimated in the last poll conducted in January. The forecast for 2014-2015 was unchanged at 6.9 per cent from the previous poll.

Weak demand for Indian goods and services abroad has been a major contributor to the slowdown, in addition to lack of policy initiatives from the government.

Only towards the end of 2012, the government announced reforms including opening up of the supermarket and aviation sectors to overseas investors.

Although the reforms brought back some investor confidence with portfolio inflows of around $10 billion this year, domestic demand has been hurt by high inflation and interest rates.

And with inflation expected to remain sticky, economists said domestic demand will only pick up gradually.

"A much stronger pickup in domestic demand will take more time as consumption will remain weighed down by rising fuel prices," said Aninda Mitra, economist at Capital Economics in Singapore.

The government, which fixes the end-user cost of diesel, in January told retailers to raise prices of the subsidised fuel in small amounts every month, a move aimed at propping up public finances.

Wholesale prices, India's key inflation measure, are expected to remain above 6 per cent in all quarters to June 2014, averaging 6.5 per cent for the fiscal year 2013-14 compared with 6.6 per cent in the January poll.

A separate Reuters poll of 27 economists showed headline inflation likely cooled a tad to 6.40 percent in March after an uptick to 6.84 percent in February.

Wary of persistent inflation, the RBI left the repo rate on hold for nine months before cutting it by 25 basis points twice this year. The poll pointed to another 50 basis points cut to 7 percent by December.

That is in contrast to central banks in other major emerging markets such as China, Brazil and South Korea, which have eased policy more aggressively. On Thursday, however, the Bank of Korea left its policy rate unchanged in a surprise decision.

The deficit hit 5.4 percent of GDP in the September quarter and is expected to end the fiscal year 2012/13 at its highest level ever.

But faced with an election in 2014, the government will likely increase its spending later this year. Although that will boost growth, it will be tougher to rein in the current account deficit.

"The RBI will continue with the baby steps rather than any aggressive cutting as its elbow room is limited due to a very high current account deficit," said Rupa Rege Nitsure, chief economist at Bank of Baroda.