Echoes Of A Younger Self

The potential remains for the UK and India to develop a truly special relationship, but it would require imagination, humility and boldness from both sides 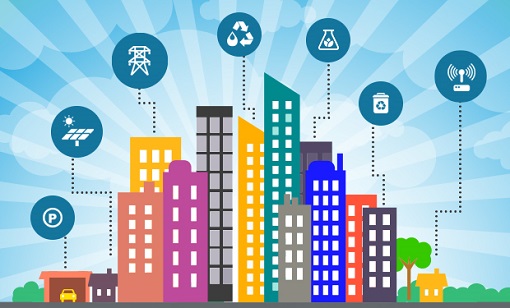 The Hindustan Times recently ran a piece by Prasun Sonwalkar quoting a memo I had written in 1992, when I was a member of the Policy Unit at 10 Downing Street, which has recently been released by the National Archives under the 25 Year Rule.  The story focused on my recommendation that the UK should make a gesture of reconciliation towards the non-Gandhian traditions of the Indian independence movement symbolised by Subhas Chandra Bose (with whose family I was connected by marriage).  I argued that if the UK was now comfortable with the legacy of Mandela and Aung San, who had also adopted violent independence strategies, then why not Bose?

This idea was one of many that I put forward in planning for the UK Prime Minister’s visit to India as Chief Guest on Republic Day 1993.  We sought to relaunch Indo-British relations as a strategic, economic and cultural partnership.  John Major was the first UK Prime Minister with no memory of the colonial past and he had a deep personal interest in India, often expressed through his passion for, and knowledge of, cricket.

The substance of my proposals was to prioritise a burgeoning business partnership as the focus of the visit.  India’s economic reforms were gathering pace and trade and investment were welcome once more.  The Prime Minister took with him the then largest business delegation ever to accompany an overseas ministerial visit.  A series of positive announcements were made while in India, such as liberalisation of Scotch imports, the BAe-HAL joint venture and the launch of the Indo-British Partnership which sought to institutionalise progress in the relationship.

Looking back a quarter of a century later, two points strike me especially.

First, it is unsettling to see a note written so long ago, designed for internal circulation only, being published.  I had no thought at the time that my words might become public and parts of my note be scrutinised out of context.  It is a useful lesson, most especially in today’s world of hacks, leaks and public interest disclosure, to consider how a private (and in this case classified) memo might be viewed if published.  I still think I was right in what I argued for, but a passionate young person could easily have used language or proposed ideas that would jar when picked over years later.

Second, while the Indo-British partnership has evolved considerably over the years, it has not become the new special relationship which I believe would be in the interests of both countries.  The UK is the biggest investor in India (if the numbers are adjusted to look through Mauritius and Singapore).  Tata is the largest industrial employer in the UK.  The UK has much to offer India including FDI, educational collaborations, expertise in infrastructure finance and joint programmes in defence.  Yet, the bi-lateral relationship remains spikey, dogged by historical baggage, immigration policy and lingering protectionism in key industries.  India sees relations with other countries to be at least as important, if not more so, than that with Britain.  The UK is distracted by the toxic Brexit process.

The potential remains for the UK and India to develop a truly special relationship, but it would require imagination, humility and boldness from both sides.  Sadly, neither the UK nor India seems to rate such potential as a high policy priority for now.