ESOPs: A Fable Out Of Favour 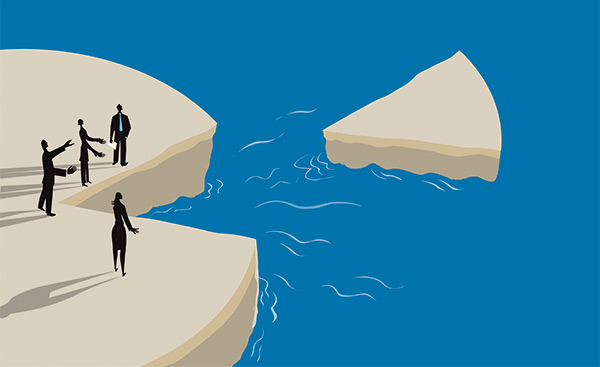 A similar greed consumed many people during the thick of the dotcom rush in the late 1990s. Money-spinning stock option plans enticed several mid- and senior-level managers who had graduated from Ivy League colleges and worked for MNCs and banks, to join lean and mean startup software companies that billed in US dollars.

The temptation of the four-lettered acronym — Esop — was such that many people who had cushy jobs with well-established companies, decided to join the then upcoming dotcom industry, taking steep pay cuts.

And why not? The pay packages may have been lower, but these managers were promised lucrative stock options.

Albeit notional, stock options made them ‘rupee billionaires’. These managers — who had calling cards with fancy designations — tom-tommed about being the “7th” or the “11th” most valuable employee in the company.

Things went well for some time. But when the dotcom bubble started to fizzle out in mid-2000, consequent to a series of interest rate hikes in the US, the Indian IT industry started experiencing a severe capital crunch. By 2001, several software firms either got acquired or liquidated.

Several Indian “ex-Siliconaires” found it difficult to stay in business. Initial public offerings of IT companies became rare and venture capitalists became cautious about where they invested.

Thus, Esops became mere unfulfilled promises. “Stock option plans fell out of favour among mid- and senior-level managers. Many of them lost not only their stock option, but also their job,” says E. Balaji, MD and CEO of HR consultancy Randstad India.

Esops remain an important tool for companies to reward employees. An Esop is an option given to employees to buy shares of their company at a future date, but at a predetermined price. Employees are not obligated to buy the stock at the time of vesting. They may exercise the option only if the stock price in the market is higher than the option exercise price. If it’s lower, the employees may choose not to the exercise the option. Esops usually have a vesting period of 3-5 years.

Lacklustre markets, apprehensions over equity dilution and employees preferring cash benefits have prompted several Indian companies to shelve their Esop plans. While there is no precise data available on companies that have granted such options, six companies combined have issued over 10 million options in 2012-13, as per data collated (from NSE submissions) by EquityCompere Consulting, an Esop consulting firm.

Esop grants have declined over the past four years. A review of stock exchange filings by consultancy firm Corporate Professionals Capital reveals that listed companies allotted just about 90 million options in 2011-12 against 300 million in 2010-11 and 350 million in 2009-10. Details of Esop grants in unlisted firms are rarely made public.
break-page-break

According to More, companies that are granting Esops are only giving them on the basis of performance. “Not many large companies are offering Esops these days; stock options are more popular among smaller companies and startups.”
Harshu Ghate, CEO of consulting firm Esop Direct, feels that companies offering Esops have seen little change in strategy since 2009. “We are not seeing any major dip in Esop grants in our portfolio companies. However, there is a reduction in the coverage of employees under Esop plans.”

A recent survey by ESOP Direct shows that more than half of the companies (tracked) cover less than 10 per cent of the employees under stock option plans. Of the total options granted, 67 per cent goes to senior managers, and about 24 per cent to CEO/CFO levels.

Among sectors, banks and financial services institutions, pharmaceutical and FMCG companies have been doling out more stock options than the traditional favourite, the IT sector, since 2009. Companies like Infosys, which had a strong Esop base till about a few years ago, have stopped granting stock options. Infosys refused to participate in
this story.

“Some companies in the IT sector, such as Infosys and HCL, have hit their dilution limits, which is forcing them to issue grants selectively. Others like Wipro are granting restricted stock units,” says Ghate of ESOP Direct.

The few listed companies that have issued stock options in 2012–13 have done so to reward performance and to retain key employees, especially at senior management levels.
“Our Esops are mainly directed at senior management, though we have also rewarded some mid-level employees. The best time to grant Esops is when markets are not doing all that well but the outlook for equities is good. That’s when people make money on stock options,” says Rashesh Shah, chairman of Edelweiss Financial Services.

Lupin Pharmaceuticals’ Esop structure includes employees across departments and geographies. “Our stock option programme is inclusive and goes right down the organisational hierarchy, even to junior executives,” says Ramesh Swaminathan, president, finance and planning, and CFO at Lupin Pharmaceuticals.

“What also makes it unique is that the grant of options is directly linked to employees’ performance and appraisal. Stock options have helped us retain staff,” he adds.

Market-Trapped
Volatile markets have dealt a body blow to stock option plans of most companies. According to brokers, stock options do well when markets are buoyant and the economy, in general, is doing well. Companies are also not very keen to issue Esops when their share prices are trading lower. Promoters, too, do not want to dilute stake at lower share prices.

A lot also depends on how much past Esop issuances have yielded — positive conversions attract employees.

Apart from market conditions, a dull public issue market is also taking its toll on Esops as a tool for rewarding employees. India Inc. collected just about Rs 6,000 crore from 10 initial public offerings (IPO) last fiscal. But this is still 4 per cent higher than 2011-12, when 33 companies had together mopped up Rs 5,800 crore. The high point was 2010-11, when 52 companies collected a total of Rs 33,100 crore through IPOs.

“Fewer IPOs have also taken the sheen off stock options. Employees with stock options in unlisted companies will only benefit if their companies are listed on exchanges,” says Manish Sabharwal, CEO of Teamlease Services, a leading staffing company.

The bad news doesn’t end there. “Among the companies that got listed, many are trading below their respective offer prices. Even in the unlisted space, companies are not warming up to the idea of granting stock options as not many private equity or venture funding deals are taking place,” adds Sabharwal.

So, if employees don’t want stock options any more, how do companies reward the high-performers? Well, with cash.

Cash Is King
Employees now prefer cash incentives, say HR experts, over any incentive that is linked to the fortunes of stockmarkets. In place of Esops, several companies are handing out cash bonuses to retain their key staff.

Companies are also offering overseas executive education programmes. Some have started offering ‘prospective bonus packages’ that are payable on achieving certain targets at a future date, say, in 3-5 years.

In a few companies, Esops have made way for  fancier (but still market-linked) instruments such as restricted stock units (RSU), stock appreciation rights (SAR) and phantom stocks.

With RSUs, the employer promises to grant a certain number of shares (to the employee) upon completion of the vesting schedule. Some plans allow for cash payment in lieu of stocks.

The Sebi Dissent
A few months ago, capital markets regulator, the Securities and Exchange Board of India, or Sebi, prohibited listed companies from drawing up any employee benefit schemes or forming welfare trusts to acquire securities from the secondary market. Its concern was that such schemes or trusts may have been created to manipulate stock prices.

Most companies have employee welfare trusts to manage their Esop share pools. Sometimes, these trusts are used to manage liquidity or influence stock prices. The new norm, scheduled to take effect from July, is expected to bring down such misappropriations.

“Companies that used welfare trusts will now have to modify their schemes to allow fresh issuance of shares on exercise of options. This could be a big deterrent for companies wanting to grant Esops in future,” says More of EquityCompere Consulting.

A well-structured stock option plan is a good tool to instill a sense of ownership among employees. But since it is directly connected to stockmarket movements, Esops are not in vogue these days. If the economy, and the stockmarkets, do better, the sentiment may change. But till then, stock options are not really an option.