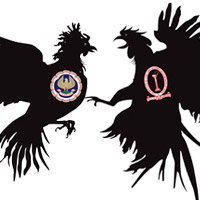 For ICWAI, which has about 45,000 members, a change in name will allow it to expand overseas since India is the only country where cost and works accountants (CWAs) still exist. ICWAI officials say they face problems in signing memoranda of understanding (MoUs) with their counterparts in other countries. "ICMA of smaller countries such as Bangladesh, Sri Lanka, Pakistan, etc., are unable to sign MoUs with us to allow Indian professionals to practise on quid pro quo basis because of our name," says Brijmohan Sharma, president ICWAI. Moreover, multinational companies, too, are not hiring members of ICWAI since they are used to the concept of cost and management accountants (CMAs) and not CWAs.

In addition, the Standing Committee on Finance has recommended that CWAs should be called ‘cost accountants'. But ICWAI says being called ‘CAs' will only cause further confusion, and that they should instead be called ‘management accountants'. "Both the institutes would be called as ICAI, and professionals as CAs. This would be more controversial and confusing. The new name would not help us much," says Sharma. "We will go back to the committee to ask them to review the decision, in view of the ground realities both in India and globally."

Indian laws do not define either ‘works' or ‘management' accountancy. In practice, however, works accountancy has more to do with a factory environment, where ‘works' have been designed to reduce input cost. It involves designs of workshops, supply chains, product lines, etc. ICAI has given the standing committee a definition used by Chartered Institute for Management Accountants (CIMA), UK, which defines management accountancy as the process of identification, measurement, accumulation, analysis, preparation, interpretation and communication of information, used by the management to plan, evaluate and control within an entity and to assure appropriate use of and accountability for its resources. It combines accounting, finance and management with leading techniques needed to drive successful businesses. "These (functions) are done by CAs more than any other accounting body," explains an ICAI office bearer.

ICWAI's Sharma, however, says, "We have compared the CMA concept with that in 10 countries and presented in front of the committee; the bodies are co-existing there as well."

In reality, a lot of the work done by these two professional bodies is similar (see ‘Audir Cross-connections'), and nearly 48 per cent of the CWAs have dual membership as CAs. Cost and financial auditing is the only exception and that has marked their professional segregation.

CAs consider themselves the big daddies of accountancy as only they are recognised as accountants under the Income Tax Act, allowing them to undertake income tax audits. This diverts a major chunk of business out of the CWAs pockets — literally making them the poorer cousins. The CWAs want to be recognised as accountants under the IT Act, but predictably, face resistance from the CA lobby. Further, only CAs are allowed to sign the profit and loss books of companies and undertake financial audits, again giving them an edge over CWAs.

On the name front, ICWAI is now lobbying at the Ministry of Corporate Affairs (MoCA) as well as seeking a change in ICAI's name to IFAI. "The concept of chartered is of British era, when royal charters were given to professionals. In independent India, no professional body has continued with its pre-independence legacy," opines Sharma. The 100,000 member-strong ICAI, of course, opposes this since a change in name will hamper its attempts to allow Indian CAs to practice abroad. ICAI is in the process of signing MoUs with several countries, and a change in name will hamper this process.

What Now?
"Till now we are backing ICWAI's stand," says a ministry official. But ICAI is sure to lobby harder. Legally, MoCA can reject the standing committee's recommendations. It can re-table either a fresh Bill or the same Bill after getting it cleared by the Cabinet. Ministry officials told BW that the matter would be taken up with the Minister of Corporate Affairs, Salman Khurshid.

Besides ICAI's objections, another thing going against ICWAI is that the recommendation to change its name  has been clubbed with the amendment to Limited Liability Partnership (LLP). So the name issue could delay the clearance for CWAs to form LLPs. Meanwhile, the standing committee has allowed company secretaries and CAs to form inter-disciplinary accountancy LLP firms. However, MoCA officials say that they may ask the two to get clearances separately, but nothing has been finalised yet.

While ICAI makes light of the dispute, ICWAI doesn't. "Globally, cost and management accountancy and financial accountancy co-exist. (But in India) CAs do not want any other accountancy profession to grow," laments Sharma.