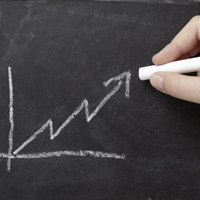 08 November, 2014
Print this article Font size -16+
Moody's has cautioned the government against targeting double-digit GDP expansion saying any growth beyond 7 per cent without reforms will fuel inflation that will result in "more painful" future adjustments.

"Some government policymakers, most notably RBI Governor D Subbarao, have begun pushing for a return to double-digit growth. This is wildly optimistic and, without significant structural reform, a dangerous view to take," Moody's Analytics, an arm of ratings agency Moody's, said.

Moody's is the only one of the three major credit agencies, to have a "stable" outlook on India's ratings after Standard & Poor's and Fitch cut the outlook to "negative" last year.

Subbarao had earlier this week said a growth rate of 5-6 per per cent is not sufficient for the economy, which has the potential to grow at double digit rate provided some issues are addressed. "If we do the right things, we can get back on the track of the double digit growth," he had said.

"India has averaged 7.5 per cent growth in the last 10 years. It should have done that for 15 years but it is possible to bring it back to the average performance of the last decade. The target for 2013-14 is 6.5-7 per cent and then accelerate further. India has all the requirements to return to 8 per cent, even if it is later than expected," he told a gathering of students and academics at Oxford University.

Moody's said the pursuit of double-digit GDP growth three years ago "kept policy settings too loose for too long, causing the economy to overheat" and contributing to the current problems of inflation and the current account deficit.

"Policymakers should end any pretense that the economy can grow at 10 per cent without fanning inflation,  it simply cannot," it said.

Indian economy is estimated to grow at 5 per cent in 2012-13 and the Finance Ministry expects the growth to rebound to 6.1-6.7 per cent in next fiscal.

"Anything above 7 per cent (GDP growth) will lift inflation and result in a more painful future adjustment," Moody's said.

According to the report, the global environment has stabilised in recent months, with Europe muddling through and most of the US data looking better. The biggest change, however, is that the government is now on a steady path of fiscal and regulatory reform and better governance.

The so-called big bang of economic reforms announced since August has helped to lift corporate confidence and should translate into better spending and capital expenditures from mid-2013, it said.

Risks around the economy, particularly the fiscal and current account deficits, have begun to recede.

The WPI inflation has moderated to 6.62% in January, after remaining close to double digit in most part of 2012. Besides, the current account deficit (CAD), which is the difference between the inflow and outflow of foreign currency, has peaked to 5.4% in July-September quarter.

The report further said gains in financial markets reflect rising expectations around the economy as well as lower risk.

On 4 March, Moody's had welcomes India's budget for the next fiscal year, saying it offers a "realistic" plan to meet the country's fiscal deficit target, and should be a credit positive for its sovereign ratings.

Still, the credit agency noted India would continue to find it challenging to meet some of the assumptions about growth, as well as revenue and spending, made in the budget.