Don’t Cut So Deep That You Cut Muscle 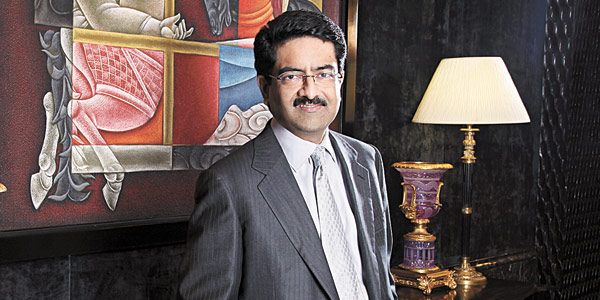 08 November, 2014
Print this article Font size -16+
Two Aditya Birla group firms — India’s largest cement maker UltraTech and the third-largest cellphone operator Idea Cellular — made it to the shortlist of the 100 per cent club. Nearly a third of UltraTech’s 52 million tonne capacity was added during 2008-11. Ongoing greenfield projects in Chhattisgarh and Karnataka will take it up to 62 million tonne per annum. Idea is the fastest-growing operator in India. Having closed 2008 with 40 million subscribers, Idea began adding heft as soon as it became a nationwide provider in 2009. At the end of Q2 2012-13, it had mopped up 115 million subscribers. It was also the biggest gainer from number portability, adding 3.7 million subscribers from rivals. Group chairman Kumar Mangalam Birla enumerates the building blocks behind the growth:

When you saw the slowdown coming, what was your first reaction to its impact?
There were two years of slowdown after 2008, and things started looking up. Now you have a dip again. Our basic operating philosophy is that we want to be the last man standing, especially for our manufacturing businesses, which means if the downturn persists, we will be the last wicket to fall. When you think on those lines, an inherent resilience gets built into the organisation. It gives you confidence when you are prepared for it. So it’s not a question of survival. It’s a question of optimising a situation.

We want to be in the lowest-cost quartile, not just in India but globally. Keeping costs down is as important in insurance as in Idea Cel­lular: in terms of being able to serve customers with a truly world class and truly delightful solution, as opposed to a product or service. That’s what the game is all about.

What were the building blocks put in place?
The most important was to conserve cash. In UltraTech, it was to improve productivity. In Idea, retention of customers and the ability to attract good quality customers.

How bad a slowdown is this?
At least in the past 20 years, I have not seen something like this.

You invested heavily in these firms in this phase. Do strategies vary based on how fast the break-even can be achieved?
The impact is different in consumer-led businesses such as telecom, as opposed to cement. Cement links with infrastructure, governme­nt spending, people’s desire to spend on houses. In telecom, nobody thinks of stopping the use of a mobile. It’s more about being sensitive to pricing. Returns are always an important part. But it doesn’t mean we will just stop investing. In cement, we were in the middle of an ex­pansion. You won’t stop an ex­pansion just because you have hit a slowdown. So it’s a trade-off be­t­ween the short term and the long term. But generally, we wouldn’t sacrifice the long term for the sake of the short term.

But your projects in Chhattisgarh and Karnataka (totalling 9.2 mtpa in capacity) would have been planned in this period...
They would have been planned around 2010-11 (when things improved), but the risk gets reduced to that extent since we have very strong balance sheets. If you look at building assets for the long term — for 20 or 30-40 years — then the perspective is different. So, the risk profile in case of a slowdown is something you must bear in mind while investing. On all these counts, it’s not that we had foreseen a slowdown, but having hit one, I think we were in a very comfortable position.

But by the time the capacities are in production, they will be hitting a soft market...
It will be another year after the capacities are productionised, and demand and supply will start to converge more than they did in the past few years. By then it would be a much better market situation.

What are the biggest mistakes people make during a slowdown?
Often, you don’t recognise the slowdown quick enough. Sometimes you underestimate the time it takes to turn around. The responses will be that much less sharp. So, (it’s) the ability to be real and to be able to perceive a situation which is as close to reality as it unfolds.

What have been your learnings?
Our philosophy has stood us in good stead. It has stress-tested us. It hasn’t caused us undue anxiety. It has not been about survival. Nor about going into the red. It has been about profitability being impacted. And if you look at the sectors we are in, we would be the least affected.

But you entered a new business, media, with investment in Living Media...
That’s a financial investment. It’s really not related to the downturn.

Are you not planning to take control?
No. Aroon (Purie) (promoter, Living Media) has got some very good brands, properties and plans. So, (there is) nothing more than that.

How did you handle heavy outgo areas such as marketing, advertising and R&D?
Obviously, advertising and marketing would get pruned (30-40 per cent). So would spend on R&D, most often, as managing cash beco­mes important. But you don’t cut so deep into the fat that you actually start cutting muscle. It’s very important not to jeopardise the future for the short term.

What were the specific measures taken in both these companies for growth?
We stayed focused on the basics: pro­ductivity, throughput, customer ser­vice. We upped efforts on all these fronts. The positive side of a slowdown is it creates a heightened sense of urgency. You fast forward initiatives that otherwise would take longer.

Do you see telecom to be better or worse off under the New Telecom Policy?
The sector is in much worse shape than perceived. It requires the government to recognise that. It’s no longer a cow to be milked.

Will the infrastructure col­­­­­laboration lead to big-ticket M&As in telecom?
The regulation is not very friendly towards M&As. Were the regulations to change, things would be very different. Now, consolidation will happen more by way of market forces throwing up the winners through sheer forces of competition weighing down on the operations that aren’t in the winning mode.

Is the macroeconomic environment improving, as many believe?
It will take time before things change on the ground. But the general sentiment is more positive because of some of the announcements from the government. Things should start looking up. There seems to be much clearer realisation that signals need to be taken seriously and steps need to be taken to ensure that things don’t get worse.

About when do you expect private sector spending to pick up?
Not for the next year. Then it depends on the new government and its policies. As of now, people are wary of making new investments because of procedural delays and policy changes.

Global commodity cycles were at a high and then they softened. What could be the short- to medium-term outlook?
It’s very difficult to forecast, for two reasons. One, you have financialisation of commodities happening due to speculative money ­— like, for example, hedge funds coming in and out of commodities. This makes it very difficult to have any forecast based on fundamentals. The fundamentals of supply and demand or sheer quantity of stocks can’t really help you forecast a pricing.

The other big joker in the pack is China. You see instance after instance of them developing strategic reserves of commodities for different reasons. One thing that’s for sure is that volatility will remain. But it’s very difficult to decipher a trend and say that commodity prices will be going up or down.