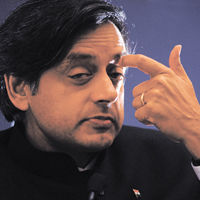 India has attracted the attention of the global automotive industry because of the impressive growth in the sector, particularly in the small car market, and its future potential in the country. Indian government’s Automotive Mission Plan 2006-16 talks about “building India as a small car hub”.

The relevance of small cars has been felt globally in the wake of the global meltdown. The US industry with its preference for big cars and pickups, bore the brunt, whereas Europe got away with minor bruises because of its eclectic mix of cars. Moreover, the governments’ ‘scrappage’ initiatives in both these markets promoted fuel-efficient small cars.
Small On Budget, High On Tech
Today, the word ‘small’ is equated with value for money. In India, small cars are the basic modes of personal transport. The very fact that these vehicles cater to the budget-conscious public, defines the design, specifications and technologies that go in them.
Small cars could bring with them contemporary technologies, but unless these are made in a cost-effective manner, these cannot be made affordable for the masses. This limits, to some extent, the infusion of high-end technologies and features. Let us look at the scenario from a technology perspective.
Current Scenario
Starting with design, small cars in India have contemporary styling. In fact, some of them leave the big brothers behind in terms of appeal. All small cars are designed with multi-point fuel injection systems and advanced electrical controls and sensors to meet the stipulated emission norms. Model variants come with advanced safety and convenience features such as ABS (anti-lock braking system), airbags, power-steering and central locking.
Considering all the features that a small car can pack, even those who can afford bigger cars are opting for small ones. There are other benefits to smallness: less stress in driving and parking, since there is shortage of space on roads and parking areas in cities; and less consumption of raw material, which means lesser fuel needed to run the cars.
The Future
Typically, new technology is first used in high-end cars and then in small cars as increased scale of adoption lowers the costs. So, looking up the ladder, we can see a wide bouquet of design and performance elements that are on the way to being used in small cars.
To count a few, advance control and performance mechanisms such as electronic throttle, cruise control, automatic transmissions, start-stop systems, low-resistance tyres, projection headlamps, luxurious interiors with navigation systems and other electronic gadgets for driver aid and passenger entertainment.
Such technologies and high-end features may be able to provide the required ‘feel better’ factor, and could result in performance benefit in the small cars. However, the current Indian market may not be receptive to the increase in the fixed cost of these technologies. Therefore, what is important now is to see the relevance of such technologies with respect to the cost incurred and benefits accrued to the customers. After all, small cars are popular because they provide the right value offering to the customer with relevant technologies.
Small cars will get redefined in future. From a ‘value-for-money base’, they will shift to a ‘status base’. As the volumes grow further and advanced technologies become more affordable as they mature, small cars of the future will have features that you can flaunt and make your neighbours envious.
Small cars are set to change from the basic exterior styling to more flamboyant and bold exteriors, from minimum-acceptable interiors to feature-rich interiors, from commuter power trains to more powerful sporty workhorses.
The basic small car will remain, but there will be a new breed of big brothers in small cars.
The author is managing executive officer,  engineering, Maruti Suzuki India
bweditor(at)abp(dot)in
(This story was published in Businessworld Issue Dated 11-01-2010)
Tags assigned to this article:
magazine politics team bw shashi tharoor