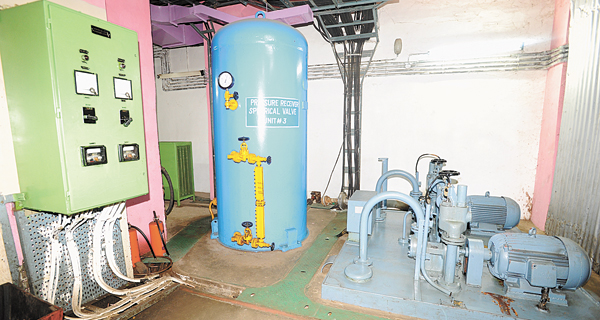 08 November, 2014
Print this article Font size -16+
The issues of India’s power sector are getting worse. While thermal capacity addition plans are tripping mainly due to the unavailability of coal, manufacturers in the other two main segments of the industry — transmission and distribution (T&D) — are now fighting for survival.
For the first time in 10 years, the Indian electrical equipment (EE) industry has seen a negative growth of 2.4 per cent in the first quarter of 2012-13 (against a growth of 13.8 per cent in the same quarter in 2011). The growth has declined to –3.9 per cent in first five months of the fiscal and is expected to further slip to –4.2 per cent for the first half of 2012-13.
Generation equipment such as boilers, turbines and generators comprise 26 per cent of the Rs 1.2 lakh crore EE industry. The rest is made up by T&D and allied sectors, which make transformers, switchgear, transmission lines, etc. In the last few years, the EE industry has doubled its capacity on the back of huge power generation capacity addition plans in the 11th and 12th Five-Year Plans. “Now, capacity utilisation of the T&D industry has come down to 67 per cent from 80-85 per cent a few years ago, and many units are on the verge of closure,” says J.G. Kulkarni, vice-president of Crompton Greaves and president of the Indian Electrical and Electronics
Manufacturers Association.
The main reason for the slump is the threefold growth in imports from China since 2005-06. China’s share in Indian imports of EE stands at 44.5 per cent (2011-12), growing at a compound annual growth rate of 57.5 per cent in the last six years. “In the case of rotating motors, growth of domestic manufacturers’ revenues has come down by 10-12 per cent in the last six months.

Imports have grown by 65 per cent during the same period,” says Anil Nayak, an executive with Bharat Bijlee. The situation of insulator makers is even more grim, due to a lack of new orders, project delays and a severe cash crunch owing to non-payment by electricity boards.
Industry experts say import duties on most of the generation equipment for non-mega projects and T&D equipment are quite low (around 5-7.5 per cent) and are being further lowered under various free-trade agreements. They say domestic EE manufacturers suffer a cost disadvantage of about 14 per cent against Chinese imports. Chinese manufacturers also get export subsidies, giving them a 24 per cent cost advantage. Chinese firms such as transformer maker Tebian Electric Apparatus Stock and Baoding Tianwei are already planning to set up manufacturing units in India.
The Centre’s decision to impose about 21 per cent import duty on power generation equipment will also not be of much help to the T&D sector. The poor financial health of state electricity boards, the main customers of T&D companies, has made the problem more acute for the power sector.

Considering these issues, the Department of Heavy Industry is developing an ‘Indian Electrical Equipment Industry Mission Plan 2012-2022’ to lay down a clear 10-year road map for enhancing the competitiveness of the domestic EE sector.