Diary Of A Taliban 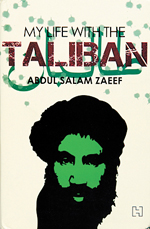 Independence made us weak, and slaughtered us in the name of kindness. This is democracy, be the whip, wrote Abdul Salam Zaeef during his life as a detainee in Guantanamo. But since he returned from jail, Zaeef, a founding member of the Taliban and a minister in Mullah Omar's dreaded regime, has been a reconciled activist. In his much-hyped autobiography, My Life With The Taliban (Hachette India), Zaeef talks at length about his experiences, from being a mujahid in the 1980s' war against the Soviets to becoming one of the Taliban top brass, and more.

Zaeef's narrative scans 40 years, tracing evolution of the Afghan society. He cites the reasons that led to the formation of the Taliban in 1994 and the major goals of the movement. Distancing himself from al-Qaeda, Zaeef speaks like a visionary of the need to protect the honour of Afghanistan and its Islamist framework. Zaeef is not a Taliban now. He has made peace with Hamid Karzai's US-backed government and often negotiates peace with the Taliban for Kabul. Still, he has not changed his political views completely. He is still loyal to Mullah Omar and calls the Americans "beasts".  He says the US is no longer a humanitarian country; it is a selfish, reckless and cruel power maniac.

The book is translated from Pashto and is extensively edited without losing its immediacy and closeness by Alex Strick van Linschoten and Feliz Kuehn, two researchers based in Kandahar, the birthplace of the Taliban.