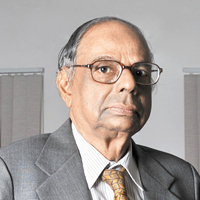 After exceeding 9 per cent for three years in a row, growth slowed down to 6.7 per cent in 2008-09. The international environment was unfavourable, and could be blamed for the poor performance. Growth bounced again to over 8 per cent in the next two years before coming down again to 6.5 per cent. Early in the tenure of the present government, it was a fashion to make declarations that it was India’s destiny to grow at 9 per cent and above. So the Prime Minister’s Economic Advisory Council might have been expected to forecast growth of at least 8 per cent in the current fiscal year. Instead, it has projected a modest growth of 6.7 per cent; the question is therefore bound to be asked: why has the economic optimism council not done more to cheer up the nation?

The projection could not have been raised without placing higher figures for some of its sectoral components; there the council faced a certain difficulty. The monsoon has played truant. It is August already; even if the heavens opened now, it would make little difference to the kharif crop, which is as good as written off. We may see a fall of anything like 10-15 per cent in the summer output, which would translate itself into roughly half as large a fall in annual output. But like all good businessmen, the council members cannot stand red ink. So they have forecast a modest rise of half a per cent in agricultural output. The output of mining fell last year; prospects this year look no brighter. But on the same principle of negativity avoidance, the council has projected a rise of 4.4 per cent in mining output, far higher than the average rise over the past seven years. The rest was easy. For the services sectors, the council more or less repeated average growth for recent years, and it was home. If more realistic figures are substituted for the council’s wishful thoughts, a figure of 4-5 per cent would emerge. Those who do not have to share official allergy to realism would be well advised to prepare for the worst economic performance in a decade.

While the council was constrained to guess figures acceptable to the establishment, it did make certain suggestions that sound daring in the official context. It proposed allowing foreign investment in aviation. Its view is not based on the industry outlook. The industry is meeting demand very adequately; competition has brought down fares, and the public is enjoying the benefit. But there is a certain private airline whose spendthrift ways have got it into trouble; passengers did not fall for its breezy publicity, and preferred instead to fly with economical airlines. It has borrowed all it can get from banks; they are not prepared to take any more losses on it. Its only hope is to rope in a gullible foreign investor. The council thinks the airline has a good case.

Similar tactical expertise is exhibited by the council on that hoary subject, foreign direct investment in retail. In November, the government announced its intention to raise permissible foreign direct investment in single-brand retail from 51 to 100 per cent, and to allow 51 per cent investment in multi-brand retail. That was a godsend for the opposition, which has been badly divided and has suffered from lack of issues recently; political parties on the left and right came out on the streets against the proposal, and sundry self-appointed representatives of homemade retailers organised themselves against it. As is its wont, the government froze into inaction. The advisory council advises the government to line up some big names in retail abroad who can jump in quickly, and give them permission to rush in. Such tactics are popular in football, but not that common in politics. They may not work so well in politics, because investment in retail is not simply movement of money; it requires big sites for stores and malls in fashionable urban areas, which cannot be acquired in a hurry. So while the council’s good intentions cannot be in doubt, its grasp of political tactics leaves something to be desired.