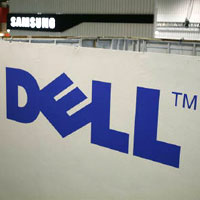 08 November, 2014
Print this article Font size -16+
Dell Services has announced the appointment of Prasad Thrikutam as president and global head, Application Services. Thrikutam, a 22-year industry veteran who joins Dell from Infosys, will lead a global team of nearly 10,000 employees responsible for driving Dell's Application Services business across all vertical industry segments. He will report to Suresh Vaswani, president of Dell Services, and will be based at Dell Services' headquarters in Plano.

Thrikutam previously spent 18 successful years in multiple executive leadership roles at Infosys. He was formerly head of Infosys Americas and the global head for the $1.4 billion Energy, Utilities, Telecom and Services business unit. He was a senior member of the Infosys Executive Council and served on the boards of Infosys BPO, Infosys China and Infosys Public Services, and served as the global head for Strategic Sales, Marketing and Alliances.

"This is an important time for Dell as well as for the IT services industry. Our Application Services business that Prasad will lead presents a great opportunity for Dell as we help our customers modernize and take advantage of digital transformation opportunities," said Michael Dell, chairman and CEO of Dell. "Prasad is a proven leader who joins a strong Services executive team. His addition to Dell's leadership is another example of the investments we're making in growing the Services business."

This global campaign, which will be executed across more than 60 countries, is a direct result of PepsiCo’s ability to leverage its size and scale to improve the impact and efficiencies of local advertising to tell equity-building brand stories on a mass scale.

Lay’s will be bringing forward the global campaign with international football superstar Messi in India, beginning with a master brand commercial that will be aired on YouTube, starting 12 June 2014.

Today, end users are using new types of devices for work, accessing Windows applications alongside non-Windows-based applications, and are more mobile than ever.

In India, according to survey respondents, almost every employee (97 per cent) works outside the office, and 9 in 10 employees believe that they are more productive if they are allowed to work outside the office. However, strict IT policies continue to be imposed to prevent the leakage of confidential information (73 percent) and avoid the misuse of company assets (66 per cent) by employers today. These insights came from the VMware MeConomy 2014 survey that was conducted in 14 countries across Asia Pacific and Japan to understand the attitudes and preferences of employees in an increasingly mobile world. The study also found that more Indian organizations are supporting employees in ways to gain access to the resources for working outside the office (90 per cent).

HomeShop18 launches ‘Shopping Makes Me Happy’ Brand Campaign
In line with its ‘Shopping Makes Me Happy’ mantra, HomeShop18, India’s leading digital commerce platform, today announced the launch of its 360? brand campaign with the rollout of its television commercial (TVC) and a high voltage digital campaign. The  TVC series that goes on air explores the witty world of Sunny and Billy – two animated protagonists, who represent Homeshop18 and the joy of shopping that comes with it. The campaign conceptualized by Creativeland Asia aims to strike an instant connect with the viewers with its effective storyline, sheer simplicity, humor and captivating jingle – ‘Shopping Makes Me Happy.’

The TVC will go on air 6th June onwards  on all major TV channels across a mix of general entertainment, news, sports and movie channels. The social media and digital activation of the campaign spearheaded by Mindshift Interactive aims to target the ever growing internet population with its fascinating viral content that is both youthful as well as, has a cosmopolitan charm.

In tandem with the new brand architecture, the campaign, targeted at value shoppers comprises of 5 unique advertisements with each film based on different life  insights with a pinch of humor. Post the first umbrella film, the others are based on important product categories available at HomeShop18. The catchy jingle ‘Shopping Makes Me Happy’ seeks to acknowledge the positive influence of shopping on people.

Dell and Informatica will leverage each other’s capabilities to deliver a combination of technology and business expertise to help customers in healthcare and financial services achieve and maintain consistent, accurate, shared data across critical domains. As a part of the agreement, Dell will enter Informatica’s Global System Integrators Alliance Program. This program is a globally recognized group of select consulting companies that provide joint investment, deep and proven delivery capabilities, and executive commitment to the Informatica product line, including the Informatica Intelligent Data Platform, on a worldwide scale.

This is the next step in the continued collaboration between the two companies over the past few years, and Dell has significant experience in delivering solutions on the Informatica product suite, ranging from ILM, Enterprise Data Integration, Data Quality, MDM and Big Data.

FIFA 2014 Cup: Catch The Pulse
The Football World Cup, the most awaited international sporting events, is back in the absolute manifestation of the craze that football is across the world. As the 32 teams sweat it out in Brazil, it’s not just the trophy that they are eyeing, but also the love that their fans shower on them.

As the fans get ready to take in all the excitement, Nimbuzz reached out to football fans to understand their expectations from this World Cup. Nimbuzz’s Pulse of the Nation initiative pushed out a string of questions everyday through the Pulse of the Nation Chat Buddy that appear as regular contacts on the chat roster of over 25 million Nimbuzz users across the country and collated their opinions into the Football League special report.