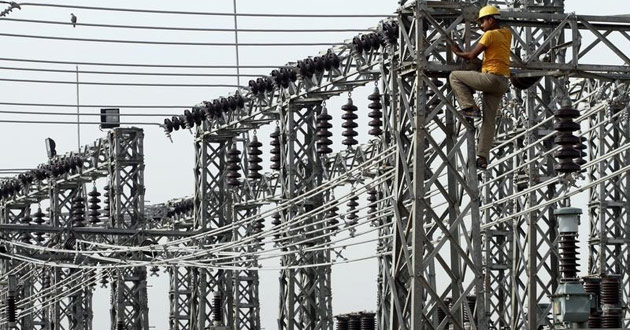 02 December, 2014
Print this article Font size -16+
Under attack from political parties, Delhi's power regulator DERC on Friday withdrew the power tariff hike of up to seven per cent that was announced on Thursday night.
The Delhi Electricity Regulatory Commission said the hike was rolled back "realising" that a number of power generation companies including NTPC, which supply electricity to the city, provided only part information about price of fuel such as coal and gas.
The DERC had announced re-introduction of the power purchase adjustment cost (PPAC) surcharge to effect an increase of tariff by up to seven per cent from Saturday.
The BJP, Congress and Aam Aadmi Party had slammed DERC for raising the tariff, demanding an immediate roll back.
DERC claimed that the decision to withdraw the hike was not due to criticism from the parties.
DERC chairperson P.D. Sudhakar said additional information on the cost of producing of power from coal and gas-based power generating stations has been sought and a fresh decision on tariff will be taken within two weeks after examining the details.
Asked why the additional information on pricing of fuel and cost of power production was not sought earlier, he said the DERC had increased the tariff provisionally and now it felt that the detail costing of the generating stations should have been analysed before hiking the rates.
On Thursday night, the DERC had hiked the tariff by 7 per cent for consumers of BSES Yamuna Power and was fixed at 4.5 per cent for BSES Rajdhani. The hike for consumers of Tata Power Delhi Distribution Ltd was 2.5 per cent.
The political parties were, however, quick to claim credit for the DERC tariff rollback.
"The BJP knows it cannot increase the tariff directly, but it tried doing so by a back door process. After the fare hike decision, we had decided to undertake an agitation. The BJP got scared of this which resulted in roll back of prices," senior AAP leader Yogendra Yadav said.
"After the Congress threatened to launch widespread protests, the BJP had to relent and once again force the DERC to rollback the hike in prices," Delhi Pradesh Congress Committee chief Arvinder Singh Lovely said.
Delhi BJP unit chief Satish Upadhyay said: "Political atmoshphere created by the BJP with media support forced DERC to withdraw power tariff hike."
Asked about the issue, Lieutenant Governor Najeeb Jung only said the hike has been withdrawn.
(Agencies)
Tags assigned to this article:
news 9 bses rajdhani derc power tariffs delhi electricity regulatory commission bses yamuna power yogendra yadav power cuts arvinder singh lovely satish upadhyay pd sudhakar