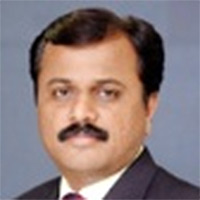 08 November, 2014
Print this article Font size -16+
Faridabad began as a pure industrial town, with the majority of employment opportunities emerging from the industrial sector. There is now a gradual shift in trend, and the service sector is now picking up in the area. Faridabad's improved connectivity with key cities in NCR, primarily Delhi and Noida, has been favourable for its realty market. Lots of new residential developments have come up; importantly, there has been a spurt in new group housing society projects. Here, Omaxe, BPTP, Puri Construction, Eros Group and Ansals are some of the major developers with noticeable presence.

The average ticket size for apartments in Faridabad is around Rs. 3000-4000/sq. ft. In most of the group housing projects, appreciation has been sluggish of late. The annualised appreciation over the last couple of years for housing projects in this region stands at around 8-10 per cent. This is consistent with the overall trend seen in the NCR market, which has been significantly affected by negative economic sentiments, political uncertainty, high inflation and cost of borrowing and the liquidity crisis. The region mainly has affordable housing in low ticket-size projects, with a few luxury projects.

Faridabad is currently an end-user/buyer market. Still among the most affordable markets in the NCR belt, unit prices and apartment sizes available in Faridabad suit the requirements of average households. Going forward, this region's real estate market is going to witness additional impetus on account of the improved connectivity brought by the KMP Expressway, FNG flyover and the Badarpur flyover.

It can be said that developers have been somewhat over-enthusiastic when it comes to launching projects in Faridabad. In fact, demand for housing in Faridabad has been on the slower side because of the absence of an inherent 'pull' factor. Faridabad has, for the longest time, been a small industrial town. Unlike Noida and Gurgaon, it could never create appeal for corporates, so there was little demand for office spaces. Modes of employment other than industries were limited. Also, it is only in recent times that Faridabad's connectivity with other key areas such as Delhi, Gurgaon and Noida improved.

All these factors resulted in average traction of residential projects launched in the region. Besides this, Faridabad has always been an end-user driven market, and therefore off the radars of investors. This has resulted in limited activity in the real estate market of the region. Many builders operating in Faridabad tend to have limited bandwidth, experience and resources to execute large-scale developments. This has resulted in delays in some of the projects; but then, we have also seen projects by Mahindra and BPTP approaching completion.

The quality of construction in Faridabad's residential projects has so far been largely mid-grade. Since a majority of the projects are primarily aimed at mid-income consumers, maintaining affordability has been a priority for most developers with projects in this belt. Delays in approval, increased interest rates and construction cost take a further toll. That said, the construction quality of most of the projects launched by BPTP and other leading developers is definitely average to above average.

The high incidence of consumer complaints emanating from the region is primarily due to the fact that Faridabad is end-user driven. In such a market, timely delivery of project, allotment of the right units, construction quality and other such issues become critical. There have been delays in delivery of projects by leading developers in Noida and Gurgaon as well. However, these have not drawn much press since the investor interest in those projects was substantial, and investors are usually not very perturbed by such issues.

In an instance that has caused some negativity in the Faridabad market, BPTP - the largest real estate developer in the Faridabad region, with a land-bank of around 1500 acres - has started selling constructed units as well as plots. There have been reported cases of consumers being allotted plots different from the ones they were originally shown. This has impacted the credibility of the project, despite the fact that there are no concerns when it comes to quality of construction and completion timelines for the projects.
Tags assigned to this article:
real estate realty mahindra omaxe santhosh kumar jll india bptp puri construction eros group ansal