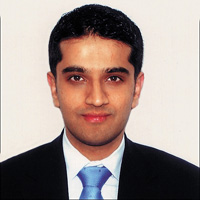 Historically we have taken pride in our skills around pure sciences and mathematics; after all we invented the zero. This talent has morphed into cunning artistry of financial engineering, including having highly paid employees who ‘structure' tax avoidance. Some of these mechanisms are legal, but in most cases tend to be unethical. But before analysing the legal versus the ethical issues around business management, let us see why this occurs in the first place.

Globally, companies are being run with a cutthroat capitalistic competition. The focus on the bottom line is intense and managers with profit and loss (P&L) responsibility face constant heat to improve revenues and margins. Promotion, compensation, incentive and bonus programmes are linked to a manager's ability to meet P&L targets. This, and a lack of strong corporate governance, prompt managers such as Samar to often push the boundaries of financial innovation to speed up career progression.

The letter of the law is always black and white and stated either in bold print or in fine print. But matters of ethical wrongdoing are never outlined in a book. Ethics are embedded in the social environment, personal upbringing and in the organisation's culture. Samar's upbringing and education appear to be impeccable; it is his social environment and the culture of the organisation that are questionable. The classic phrase of jugaad — used to define resourcefulness or even an innovative way to get things done — is what Samar attempts.

Academics have attempted to define professional ethics as using the same benchmarks of right and wrong as one would in their personal lives. If you do not steal from your parents' cookie jar, you are not expected to steal from your company's savings fund. That seems easy! But whenever possible, a majority of us bribe our way out of a situation. That is the paradox, and here is where defining professional ethics using personal ethics as a benchmark fails. At this stage, the organisational culture should kick-in to offset for any ethical malpractice.

Through the years, Naren has evidently trusted and mentored Samar into a position of power and responsibility. His reactions as the case unravels — from disbelief to denial, to shock, to partial resignation — is palpable of what Naren perceived as a breach of trust. However, through assumed responsibility, Naren is as culpable as Samar is, if not more. Naren's management style is questionable — specifically his ability, willingness and aptitude in setting up a process and system of governance to check and mentor an employee's progress while suggesting corrective action towards potential derailment.

Samar joined Dalena at an impressionable age, and his experience was limited to his academic and personal life. He attempted to extrapolate his personal moral principles to his professional life. But his managers — from Inamdar to Naren — rewarded him based on his ability to circumvent tax structures and not his ethical standards.

In the world of business, where the systematic and contextual dynamics are complex, the most important question is: realistically can a business be run with the highest ethical principles without diluting the end goal of maximising shareholder value? The answer is complex but, yes, it is possible.

Many organisations have to marry two contrary goals of shareholder value and employee satisfaction. Whilst, not a template for success, here are a few points that can be implemented:

Ishan Manaktala is managing director and head of Netik Asia, an STG portfolio company. He was the global head of trading analytics at Deutsche Bank in New York. He holds a dual MBA from London Business School and Columbia Business School