New Delhi [India], February 23 (ANI): In a major boost for the indigenisation in the defence sector, the Defence Ministry on Tuesday cleared the acquisition of 118 Arjun Mark1A tanks for the Indian Army at a cost of more than Rs 6,000 crores, said Defence officials.
The 58-tonne weight DRDO-developed tanks would be ready for delivery within 30 months of signing the contract.
The tank has been fully designed and developed by the Defence Research and Development Organisation (DRDO) in close coordination with the Indian Army.
118 tanks would be joining the fleet of the first batch of 124 Arjun tanks which have already been inducted into the Army and are deployed in the western desert along the Pakistan front.
The 118 Arjun tanks would also form two regiments in the Armoured Corps of the Indian Army like the first 124 tanks.
Meanwhile, the Defence Ministry also cleared proposals related to the acquisition of indigenously-developed Nag anti-tank guided missile and Arudhra medium power radar today. 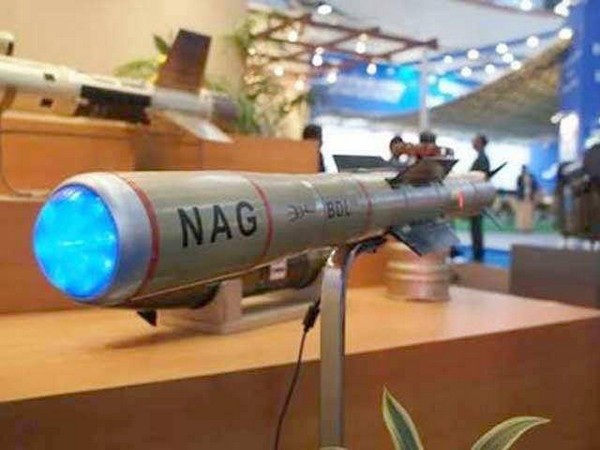 The NAG missile is a third-generation anti-tank guided missile, which has top attack capabilities that can effectively engage and destroy all known enemy tanks during day and night.
The final trial of the Nag anti-tank guided missile was successfully carried out in October last year following which the weapon system has become ready to be inducted into the Indian Army. (ANI)