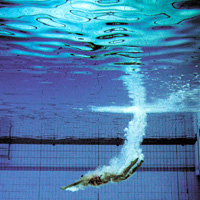 08 November, 2014
Print this article Font size -16+
Jeremy Grantham, chairman of Grantham Mayo Van Otterloo, a Boston-based asset-management firm, said volatility is a symptom that people have no idea of underlying value. Put another way, most economists and analysts don't know what to make of the volatility in the latest industrial production numbers. The index of industrial production (IIP) for August grew just 5.6 per cent year-on-year, compared to the consensus estimate of around 10 per cent, surprising most analysts.

Many of them explained it away as a ‘correction', a term borrowed from the stockmarket lexicon. If it is indeed that, then it is a big one. True, industrial production was expected to moderate a little, especially after the stellar growth in past months, and once the ‘base effect' of last year's numbers kicked in.

Here is the catch though: the IIP growth numbers for July were revised upwards instead of downwards, from 13.8 per cent to 15.5 per cent over July 2009. Production of capital goods, an important element in IIP — mainly transportation equipment and machinery — in July grew at a revised 72 per cent (up from the previously announced 63 per cent), but fell in August to a negative 2.6 per cent.

The sub-index numbers for capital goods show significant volatility even on a month-to- month basis. In June, the sub-index was 436, in July it was 655, and in August it is down to 396, even lower than in June. In August 2009, it was 406. Which begs an all-important question: was the economy really overheating, as the IIP seemed to suggest, or is there something going on that the numbers are not able to capture?

The answer matters because of the impact it can have on monetary policy decisions — the Reserve Bank of India's (RBI) next policy review is on 2 November — of raising interest rates to bring inflation down. Taken together with other economic data, there is no coherent story that emerges: real interest rates are negative (RBI is trying to raise them into positive territory), the trade deficit is widening alarmingly, yet the rupee is appreciating and foreign capital inflows are getting bigger.

Here is another odd fact: while other emerging markets from Brazil to Thailand are talking about currency wars and introducing policies to moderate capital inflows — on 5 October, Brazil doubled its tax on foreign inflows into bonds from 2 per cent to 4 per cent, and Thailand imposed a withholding tax of 15 per cent on similar flows a week later — India just opened its doors wider, by almost doubling the limits on FII investments in government securities and corporate debt.

A few weeks ago, the government announced the revision of the base year for IIP to 2004-05; it might be time for the Central Statistical Organisation to move its deadline up. In the meanwhile, many analysts are using other proxies for estimating economic activity: they are focusing on the consumer goods part of the IIP, both durables and non-durables, and looking at the trends in IIP growth without capital goods, both of which suggest a moderation in growth.

But in an economy where growth is largely driven by investment demand, that sort of fix is only a partial one. Effective policy cannot be made if, as what Albert Einstein once said, what is counted does not count, and what counts cannot be counted.