Deceleration In Growth Has Bottomed Out: Montek 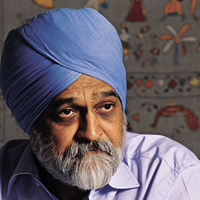 08 November, 2014
Print this article Font size -16+
With economy showing signs of revival in the second quarter of this fiscal, Planning Commission Deputy Chairman Montek Singh Ahluwalia today said that the deceleration in GDP growth has bottomed out.

"In the first quarter of this financial year, GDP growth was 5.5 per cent, while in last quarter of last financial year it was 5.3 per cent, so it can be said that deceleration in growth has bottomed out," Ahluwalia said on the sidelines of a CII-Invest North conference here.

Indian economy grew at a nine-year low rate of 5.3 per cent in January-March quarter in the last financial year and also in the last fiscal at 6.5 per cent. The economy showed signs of recovery when it grew by 5.5 per cent in the April-June quarter of 2012-2013.

Annual growth in the eight core sector industries more than doubled to a seven-month high of 5.1 per cent in September on good production in coal, cement and petroleum refinery sectors.

Showing signs of turnaround, industrial production measured in terms of Index of Industrial Production grew by 2.7 per cent in August, reversing the trend of contraction witnessed during the previous two months.

He said the recent steps taken by the government to revive sentiment and growth momentum in the economy will start showing results by January.