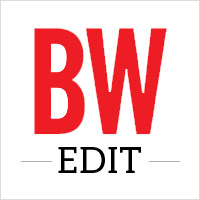 08 November, 2014
Print this article Font size -16+
A survey of business confidence done by the Federation of Indian Chambers of Commerce of India (Ficci) has thrown up a heartening result. The Overall Business Confidence Index of Ficci has climbed to a 14-quarter high. Confidence and business sentiment is brimming at three levels of the economy, the industry and also for individual firm’s growth prospects. This survey sets the tone for budget week when the new government will flesh out its tax and spending plans.
After months of dismal mood where the industry was of on the brink of turning manic depressive, this survey captures the changes expected from the new government at the centre. Prime Minister Narendra Modi promised a lot and now his government will have to start delivering. The first few steps of increasing railway fares and petroleum prices indicate an appetite for unpopular but critical decisions.
Much of the confidence is rooted in these initial steps. Of course, it will be impossible for the Modi Government to make everyone happy even within the industry. But it should be able to hold on to its strength of conviction and maintain the path of taking tough calls. The Iraq crisis threatens to throw the import bill out of gear while domestic consumption story will be marred by poor monsoons.
Industry leaders will have to keep their expectations in check. They have been patient for long. But they for one must realize that any turnaround requires time and action. The budget policy announcement will be a good starting point for turning the economy around.
Tags assigned to this article:
othertop1 naendra modi modi government bw edit daily edit ficci overall business confidence index