New Delhi [India], July 30 (ANI): Cricket fraternity on Thursday congratulated all-rounder Hardik Pandya as he and his fiance Natasha Stankovic have been blessed with a baby boy.
Pandya announced the news on Twitter and shared a photo holding baby's hand and wrote, "We are blessed with our baby boy."
Former India batsman Sachin Tendulkar wished the couple and wrote on Twitter, "Many congratulations to the proud new parents! May the little one tiptoe with love into your hearts & stay there forever!" 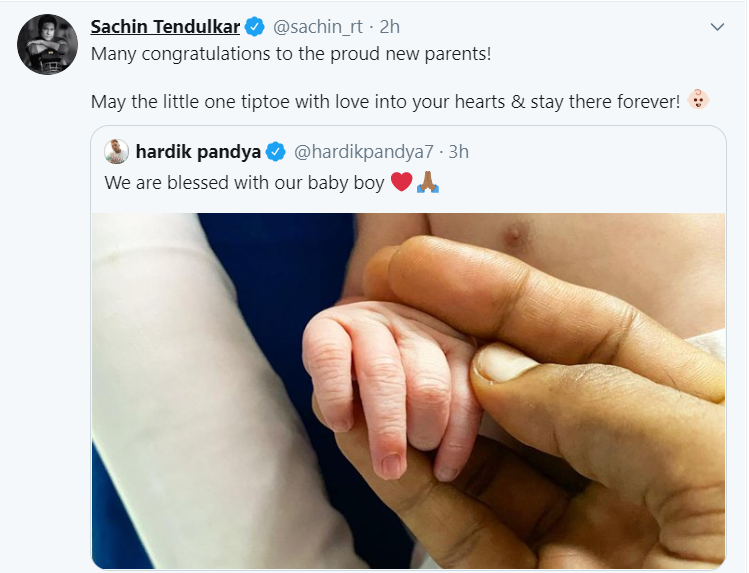 India's opening batsman Shikhar Dhawan and middle-order batsman Ajinkya Rahane also extended their wishes to the couple.
"Congratulations my brother @hardikpandya7 on the birth of your son! Lots of love to Natasa, the beautiful boy and you. Hope everyone is healthy," Dhawan tweeted. 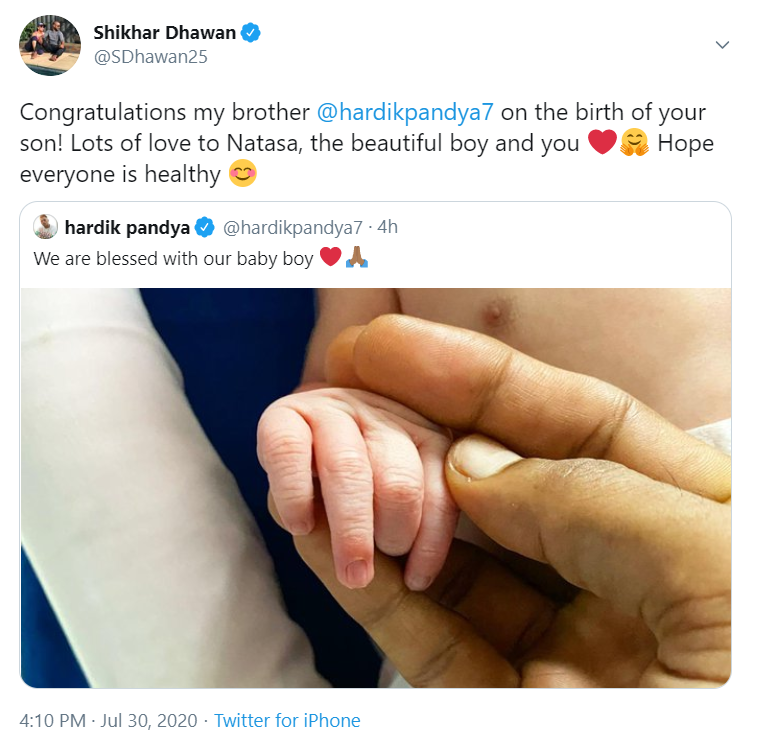 "Congratulations to you both!!" Rahane tweeted.

The official Twitter handle of the Board of Control for Cricket in India (BCCI) said "Congratulations to the couple and a warm welcome to Pandya Jr". 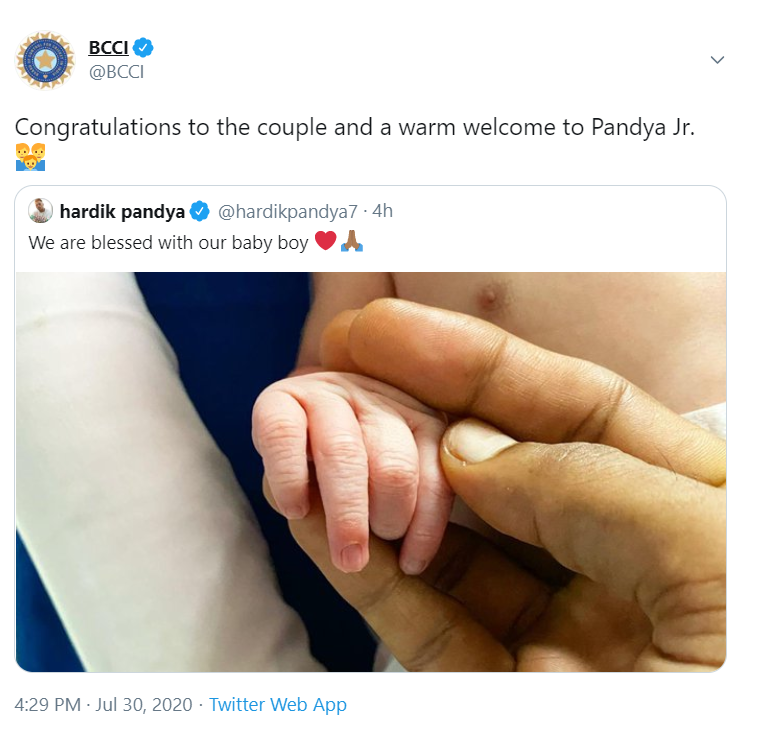 On May 31, the couple revealed that they are expecting their first child after getting engaged to Serbian actor, Stankovic, on January 1. The couple got engaged in Dubai and were seen taking a ferry ride along with close friends.
The flamboyant all-rounder, who was out of the Indian team due to back injury, was to make a comeback during the South Africa tour of India.
However, the first match of the series got washed out due to rain before the series was eventually postponed following the outbreak of coronavirus.
The 26-year-old has played 11 Tests, 54 ODIs and 40 T20Is for Men in Blue, scoring 1,799 runs across all formats. He has also bagged 109 wickets for the Indian side.
The player will return to the cricket field in the upcoming edition of the Indian Premier League (IPL) as he will don Mumbai Indians jersey. The IPL 2020 will be played in UAE from September 19 to November 8. (ANI)