Cover For The ‘Risky’ 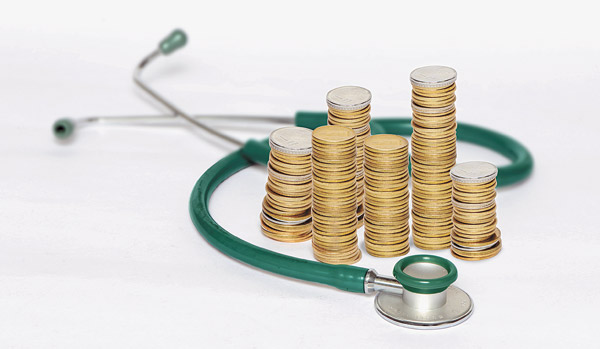 It’s almost two decades since and the world now accepts AIDS as an undeniable reality; but not insurance companies. Despite pressure from the insurance regulator as well as the courts, insurers still do not have schemes for HIV-infected individuals.

“There are many reasons for this… The first is that people infected with AIDS will die in a matter of few months or years. Insurance companies can only provide cover for unforeseen risk; it cannot insure an immediate certainty,” says the product head of a leading health insurance firm.

“Second, unlike other diseases, there is no pre-defined cost structure for treating AIDS patients. This stops us from offering even hospitalisation benefits. Also, AIDS is a disease with compounding complications, making it more difficult to make a product for infected people,” the product head adds.

Many insurers, however, even deny indemnity cover to professionals (doctors, health counsellors, paramedics and nursing staff) working with AIDS patients. At present, HIV patients are not directly covered under any insurance scheme in India. This, say NGOs, violates the basic right to stigma-free care and support services.
The Have-nots
There are other critical ailments, too, that are not covered. Most firms do not issue even basic hospitalisation cover to patients with ‘pre-existing’ (at the time of taking policy) cardiac ailments, cancer and acute diabetes.

A pre-existing illness can be any ailment or injury for which the insured had symptoms or was diagnosed with or received medical advice or treatment for during the 48 months prior to applying for a health policy.

Satyanarayan Singh, 38, a senior executive with an upcoming commercial vehicle financing non-banking finance company (NBFC), had undergone a bypass surgery early in life. “I approached 3-4 insurers after my heart surgery for basic hospitalisation cover. But all of them rejected my profile,” says Singh, who is now creating an emergency corpus on his own.

Individuals with extreme health conditions — such as severe arterial block or pacemaker support — are rejected by insurers outright. The same for people suffering from terminal stage cancer and acute, uncontrollable
diabetes.

Why? Because the basic logic of indemnity is that insurance companies can cover only unforeseen risk. Some insurers have, however, started offering basic cover to those with pre-existing illnesses.

The Fineprint
“In fact, most health insurers provide cover to patients with early-stage diabetes on a case-to-case basis,” says Manasije Mishra, CEO of Max Bupa Health Insurance. “Specialised products for confirmed patients can be expensive and have a lot of fine-print material,” adds Mishra. Select health insurers are also considering requests by individuals who have been treated for cancer and are leading normal lives for the past 5-6 years.

For the pre-existing diseases cluster, a few, such as Star Healthcare, have specialised plans for people with cardiac ailments or diabetes. But the premiums are high. For instance, for a person in the 10-65 years range who has undergone ‘stenting’ for the first time or a bypass surgery (6-36 months prior to buying the policy), the premium will be about Rs 34,000 per year for a net cover of just Rs 4 lakh.
break-page-break
A policy for diabetics (within limits) with a cover of Rs 4 lakh can cost around Rs 5,200 a year as premium. Such schemes are for those in the 26-65 age group and diagnosed with diabetes mellitus
Type 2.

Some policies cover pre-existing diseases (with exceptions) after 11 months of continuous coverage; for a premium of about Rs 15,500 per annum for a cover of Rs 3 lakh (15-65 age group).

“An expensive pre-existing diseases cover is advisable if the person has a probability of a longer life, better health or low risk from other diseases (related ailments),” says Raghvendra Nath, managing director of Ladderup Wealth Management.

In case of diseases that can recur (for instance, possibility of an angioplasty or a bypass surgery after an angiography), there are life insurance policies that ‘exclude’ the critical factor. So if a person with a history of cardiac condition dies of a heart attack (considered a primary risk by the insurer), the claim will not be accepted. The ‘exclusion’ clause allows the insurer to only honour claims that are not directly or indirectly linked with any pre-existing ailment.

“Medical underwriting for those with pre-existing illnesses is done on a case-to-case basis. The industry is trying to widen this concept. The regulator is also working towards making such schemes more affordable. There are very few ailments (excluding terminal conditions) that are not insurable these days,” says Anuj Bhagia, marketing head at Policybazaar.com, an online product distribution portal.

But there is a lot of ambiguity and ‘fineprint’ at the customer level.

Bridging The Gap
Those who contract a critical illness after taking a policy can simply file a claim. As per regulations, insurers have to renew such a policy if the person puts in a request, and honour subsequent claims. This is because medical underwriting is only done at the point of entry and not when renewing an insurance policy.

Under critical illness plans, there are fixed benefit schemes that pay a lumpsum on diagnosis of a critical illness. Typically, policyholders can avail the cover only if they survive a certain number of days after the ailment is detected.

Life insurers offer post-policy critical illness riders that provide cover against 15-20 critical diseases. Comprehensive wellness plans do so for 35-40 critical illnesses. But these come with many ‘fineprint’ conditions, and provide little cover. “There are very limited funding options for people with pre-existing illnesses. The best option would be to create a corpus,” says Nath.

One way out is to go for personal loans. Most banks take a sympathetic view of loans taken for medical reasons. A long-term relationship with the bank could even mean lower interest rates.

State Bank of India’s SBI Medi-Plus scheme is for government employees, individuals employed in profitable public limited companies, self-employed professionals and individuals who have taken voluntary retirement and are not yet 60. The amount, disbursed on a case-to-case basis, is Rs 50,000-2 lakh, to be repaid in EMIs over 60 months.

A better option, says Nath, is to “have a term plan (secures the lives of dependents), and a health insurance policy”.

Then there is patient financing; something that a few NBFCs are offering to select customers. Such schemes work like a medical loan and cost lesser than personal loans.

Patients can take low-interest loans for planned medical procedures. “The key difference with health insurance is that patients would only approach us at the time of need. Payment is made directly to the healthcare provider,” says Manish Menda, director of Mya Health Credit, which has tied up with Tata Capital to expand this facility across the country.

Health credit can also be used as a complementary tool. Say,  a surgery costs Rs 5 lakh; Rs 3 lakh can come from the insurance cover and the balance from health credit. Individuals can also use health credit for infertility or dental procedures; usually not covered by health insurers.

Such loans are not for emergency, accident, and trauma care. Also, since these are unsecured personal loans, repayment is generally through direct bank debit, and formalities are completed in advance. The tenor is 24 months, and the amount Rs 75,000-15 lakh.

“For high-risk procedures, the loan is granted to a relative, and the patient is a co-applicant,” says R. Vaithianathan, MD and head of consumer finance at Tata Capital Housing Finance.

People with ‘pre-existing’ illnesses have a right to cover. They present an opportunity to insurance firms. It’s time they woke up to this fact.