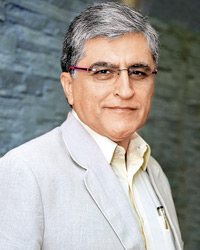 08 June, 2015
Print this article Font size -16+
The buzz around the LAUNCH of 4G telecom services by Reliance Jio Infocomm is now reaching crescendo proportions. The Mukesh Ambani company has invested a mind-boggling Rs 70,000 crore in buying spectrum, setting up a seamless wireless network, erecting a maze of customised towers, and is now months away from a soft launch in a few cities. Reliance and Mukesh Ambani don’t invest to be me-too players. The object of the telecommunication foray is to be No.1, and to be a game changer in the business. Reliance Jio has the money and the capacity to do it. It has spectrum in all categories — 2,300MHz, 1,800MHz and 800MHz — which gives it a diversified play throughout the 22 telecom zones. Reliance Industries’ latest annual report says it will provide services in 800 towns and cities across the country.
While we are all waiting for the big bang Jio rollout, Bharti Airtel has already made a quiet 4G debut to pre-empt Jio. The older, more experienced player has launched 4G services in a clutch of 5-6 cities and is promising coverage of 20 cities by 2016-end.
Part of the excitement building up for 4G is because of the abysmal services being provided today by mobile operators. Call drops have turned into mass frustration, so much so that Union telecom minister Ravi Shankar Prasad was forced to give a public dressing down to the telcos. On the other hand, 3G services have never lived up to their promises of providing ‘lightening fast’ Internet connectivity. And mobile companies, after spending thousands of crores of rupees for setting up 3G find it has turned out to be a lost generation.
But will 4G deliver? The Ambanis played a disruptive albeit pro-consumer role in 2003, when they launched mobile services promising the moon with the slogan Karlo Duniya Muthi Mein. They succeeded in scaling up to No.1 position by providing basic voice services at the cheapest rates. But thereafter, it was downhill for Anil Ambani’s Reliance Communications after the family split. Mukesh Ambani’s Jio is now hoping to make a splash by providing the widest set of digital services — from Internet to DTH operations for delivery of television channels — at unmatched affordable prices. Will the second shot at Karlo Duniya Mutthi Mein work? Read senior journalist K. Yatish Rajawat’s cover story on what services are in the offing and how the pricing and technology make them different?
We also offer you a contrarian view by former VSNL chief B. K. Syngal, who says, “4G will make barely a ripple.” There is also a timely deep dive into the second innings of entrepreneur Ajay Singh, now engaged in the tough task of saving SpiceJet from going the Kingfisher way, by associate editor Joe C. Mathew and special correspondent Monica Behura. Our focus on the one-year performance of the Modi Sarkar also continues from last issue with brickbats and bouquets coming from Kapil Sibal, Ashishkumar Chauhan and others. Read on and have fun!
(This story was published in BW | Businessworld Issue Dated 15-06-2015)
Tags assigned to this article:
magazine editors letter telecom reliance mukesh ambani 4g issue 9 gurbir singh magazine 15 june 2015