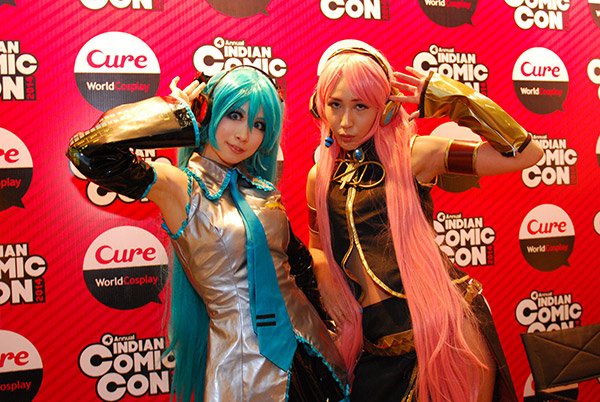 08 November, 2014
Print this article Font size -16+
Most of us feel jealous when we see the grandeur of Comi Cons happening around the world. True, India does have its own event which takes place annually in a number of cities but the euphoria is not on par with the international events.

Soon, all this will be a thing of the past.

All my fellow comic fans, be prepared as we are in for a treat. Comic Con India (CCI) on Thursday (04 September) announced a joint venture with Reed Exhibitions; part of the FTSE listed Reed Elsevier Group, to grow the pop culture space in India and bring world class events to Indian fans.

The Comic Con India team will work closely with the ‘ReedPOP’ division of Reed Exhibitions, the largest producer of pop culture events in the world. With this JV in place, CCI enters the burgeoning ReedPOP portfolio of pop culture events which includes New York Comic Con, PAX, the Chicago Comic & Entertainment Expo, Oz Comic-Con, Singapore Toy, Gaming & Comics Convention and Star Wars Celebration among many others.

The joint venture will capitalise on the expertise and investment brought in by Reed Exhibitions, the world’s leading organiser in the exhibitions industry, along with the ever-increasing popularity of Comic Con India’s portfolio of pop culture events that have achieved national status within a very short period of time.

Jatin Varma, Founder, Comic Con India, shared, “Starting off as an experiment back in 2011 in New Delhi, Comic Con India has come a long way in the past three years. We have built a strong portfolio of events nationally. Our partnership with ReedPOP will help us scale further and create world class events that will deliver the best experiences to audiences here in India.”

“I am very delighted to work with Jatin who has created unique pop culture events in India. Reed being the organizer of leading events like New York Comic Con, Oz Comic-Con and PAX, I am fully convinced that our partnership will take Comic Con India to the next level,” said Michael Mandl, CEO, Reed Exhibitions India.
Tags assigned to this article:
more 4 ajay gupta michael mandl comi con india reedpop reed elsevier group