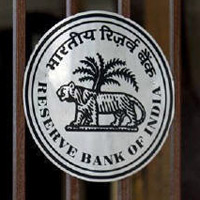 08 November, 2014
Print this article Font size -16+
In the wake of alleged violation of KYC norms by a large number of banks, the government and RBI are looking at the possibility of hiking the penalty which can be imposed on the erring banks.

"The maximum penalty under the law is Rs 1 crore now and that is very less. There is active discussion now on increasing limit of penalty. So that is something which is under consideration," Banking Secretary Rajiv Takru told reporters here today at the sidelines of LIC Board meeting.

"As a matter of fact, this (hike of penalty) was discussed at the RBI board and a point was made that the penalty amount is probably less," he added.

The regulator has sent show-cause notices to the erring banks and is awaiting their replies to take appropriate corrective measures, Takru said.

However, he did not specify how much should be the quantum of increase.

Referring to the Cobrapost expose and the punitive actions being planned on erring banks, Takru said the RBI had already issued show-cause notices to the banks after which it would take action.

"The RBI has clarified that they have issued show cause notices to the banks concerned. They are probably waiting for the reply now. This is the final stage before any action is taken," Takru said.

In a reply to a question on any mismatch between the findings of the report and statements from RBI top management, he said till the decision is taken, nobody should take any public statement as the final word on the issue.

"Not sure, what has come out in the media, the RBI report is anyway being acted upon...The RBI can only take a final stand after the show-cause notice is replied to. So, I don't think you should take any statements by anyone as finality in this case," Takru said.

Newsportal Cobrapost in its sting operations has alleged that major private and public sector banks have been flouting money laundering as well as KYC norms.

On the issue of insurance products being taken as a route to convert black money, Takru said the issue is being addressed.

"We are checking out all transactions where large premia have been paid. In cases where multiple policies have been taken by the same PAN numbers, such numbers have been isolated and they have been looked at very carefully.

"The minute, we zero in on the people who could have converted black money through this route, then the law will take its own course. We are aware of the problem and it is being addressed," Takru added.

On his discussions with bankers yesterday, he said the issues relating to direct benefits transfer (DBT) scheme along with stalled projects were part of the agenda.

It may be recalled that Takru, among other things, discussed the revival possibility of the stalled 400-MW hydel project of Shree Maheshwar Hydel Power Corporation promoted by the S Kumar Group that has been stuck since 1998.

The hydel project, on the river Narmada in Madhya Pradesh, is promoted by MW Corporation, which has emerged out of the S Kumar Group.

Banks have a Rs 2,000-crore exposure to the company, of which SBI has Rs 200 crore, while rest is with others like IDBI and PFC. Most of these lenders have classified their loans to the project as non-performing assets.