Coal India Asks Workers Not To Go On Strike 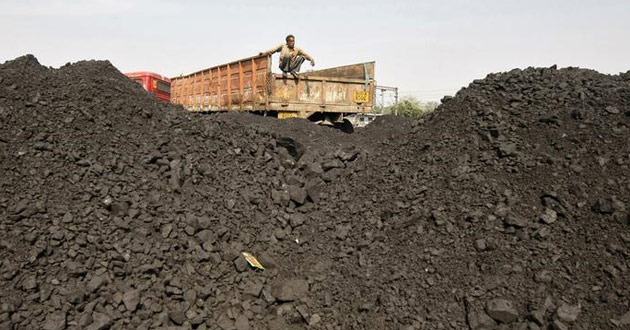 14 January, 2015
Print this article Font size -16+
The Coal India management has appealed to its workers' unions to reconsider their call for a five-day strike from Tuesday.
According to a release issued by the Western Coalfield Ltd (WCL), a subsidiary company of Coal India Ltd, the proposed strike would disturb coal supply to the power plants in the country.
The strike has been called by all unions of Coal India Ltd and its subsidiary companies.
Appealing to the unions to reconsider their decision, WCL Chairman and Managing Director Rajiv Ranjan Mishra said that the strike would hit the company's financial position again and lead to losses this year as well.
Central trade unions, including INTUC, BMS, AITUC, HMS and CITU, have given a strike notice to Coal India and called the stir from January 6 to January 10.
INTUC Public Relations Officer Pradeep Kokase told PTI that the government plans to introduce a Bill in order to privatise the sector.
"We have called a strike over our demands, which would favour workers. We have trained manpower, which the private sector does not have. We are confident that we will achieve our target production," he said.
WCL has said that since coal industry is a public utility, it is illegal for the workers associated with it to go on a strike.
Extra Coal For Plants
Coal India is transporting extra volumes of coal to power plants ahead of the strike that threatens to cut much of its per-day output of 1.6 million tonnes, two company officials told Reuters on Monday.
The company accounts for about 80 per cent of India's total output and worker strikes have previously crippled power plants. Coal fuels 60 per cent of the country's power production.
To cover for the loss from the strike, Coal India has been transporting coal in 225 trains over the past few days instead of 207 per day, said one of the officials.
A train, called a rake by the commodities industry, can transport 4,000 tonnes of coal per day.
But with a fifth of India's 100 power plants monitored by the Central Electricity Authority running on coal stocks of less than 4 days, the strike could still aggravate the shortage and lead to power cuts in parts of the country.
This could also boost shipments into India, the world's third largest coal importer.
(Agencies)
Tags assigned to this article:
news 8 mining coal india coal citu aituc intuc bms industrial unrest hms western coalfield rajiv ranjan mishra