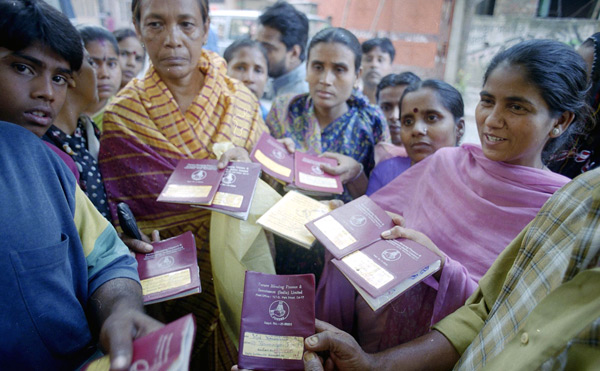 08 November, 2014
Print this article Font size -16+
Market regulator Sebi has ordered Kolkata-based Saradha Realty India to close all its collective schemes and refund the money collected from investors within three months, amid continuing protests against the alleged fraudulent activities of the group.

In a late night 12-page order on 23 April 2013, the capital market regulator also barred Saradha Realty India and its Managing Director Sudipto Sen from the securities markets till the time it winds up all its Collective Investment Schemes (CIS) and refunds the entire money to investors.

Investors and agents of various investment schemes launched by Saradha group in West Bengal have been protesting for many past days.

Sen, chairman of Saradha group which is accused of defrauding thousands of depositors, along with director Debjani Mukherjee and another company official Arvind Singh Chauhan were presented before Chief Judicial Magistrate of Ganderbal, Parvez Hussain Kachroo, who granted the transit remand.

The trio, who were detained from Sonamarg area of the district on Tuesday, will now be taken to Delhi on way to Calcutta.

Lakhs of investors of the chit fund group have hit the roads alleging they have been duped of over Rs 30,000 crore. Hundreds of agents of the company have also been rendered jobless.

The West Bengal government has announced formation of a Special Investigation Team and a high-level inquiry into chitfund companies after the collapse of Saradha group.

The regulator also warned of launching a criminal case for "fraud, cheating, criminal breach of trust and misappropriation of public funds" and initiation of winding up of the entire company through a reference to the Ministry of Corporate Affairs, if its orders are not complied within three months.

Sources said investigations are on by Sebi against some other entities of Saradha group for similar violations of its CIS regulations.

The Sebi order against Saradha Realty follows an investigation launched about three years ago by it after a reference was received from the Director Economic Offences Investigation Cell, Government of West Bengal in April 2010.

The investors were being offered the option of getting land or flat allotment in lieu of their investments.

Despite repeated queries, the company denied running any fraudulent scheme, but Sebi after its investigations pronounced the company guilty of running a Collective Investment Scheme without required approvals and in violation to its CIS regulations.

In the course of probe, Sebi issued repeated show cause notices to the company, but it could not get a satisfactory reply and decided to take action.

In December, the company even delivered 28 cartons of documents to Sebi, but they were returned to it and Sebi asked the company to avoid "furnishing irrelevant and extraneous documents and furnish only the required information".

However, the company continued to avoid furnishing the required documents and later went on to claim "fraud by its brokers in creating false and dummy (investor) codes..."

The matter has snowballed into a political controversy with various parties in West Bengal blaming each other for not taking enough steps to check the fraudulent schemes of the group.