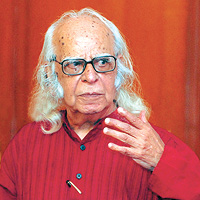 The ministry of Human Resource Development's (MHRD) grandiose plan to set up an overarching higher education authority, which would replace the likes of University Grant Commission (UGC),  All India Council For Technical Education (AICTE), Medical Council of India, Bar Council and the Indian Council for Agricultural Research, as proposed by the Yash Pal Committee in its report on the rejuvenation of higher education, has by now run into rough weather on two counts.

First, ministries of health, law and agriculture have opposed the intrusion on their territory and refused to let their respective regulatory functions go to MHRD. Second, the Prime Minister's Office has refused to go for Constitutional amendment to set up a regulatory body in higher education.

UGC, too, is miffed that it was not consulted by Yash Pal.

The MHRD has now set up a task force to go into the details of setting up of the authority, but it will only end up merging UGC, AICTE and National Council for Teacher Education. Medical education, agricultural research and law will be outside its purview.

It remains to be seen whether there will be old wine in new bottle or new wine in new.