Chronicles Of A Divorce Foretold 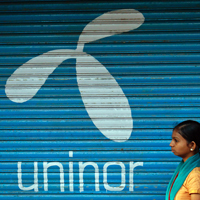 08 November, 2014
Print this article Font size -16+
After sparring for almost 18 months, the divorce has finally happened. The timing was perfect for the mutual separation. Just before the run-up to the November 12 auction of spectrum in the 1800MHz band, Indian real estate major Unitech and Norwegian telecom operator Telenor reached a settlement on their Indian joint venture, mobile operator Unitech Wireless.

Unitech and Telenor have agreed to transfer the business in Unitech Wireless (which operates under the Uninor brand) to a new entity controlled by Telenor. Unitech said it has agreed to dispose its 32.75 per cent shareholding in Uninor for a nominal amount" and its nominees will withdraw from the Uninor Board. Currently Uninor has 45 million mobile subscribers.

Unitech said that “Subsequent to a successful business transfer and spectrum auction, all disputes and claims between the parties would be withdrawn.” Unitech will however, continue to retain its “economic
rights” associated with its current shareholding in Uninor. What that could mean is that Unitech could get a share of the money left in Uninor’s books after settling all debts and paying off vendors.

The real gainer in this deal is Telenor. It can now bid on its own during the upcoming 2G spectrum auction in November. However, under the Unified Licence (access service) conditions and FDI provisions, a foreign entity can operate a telecom service in India only through an Indian company with not more than 74 per cent foreign shareholding. Therefore, while it can bid on its own, it will need an Indian partner with 26 per cent equity stake before launching services. It is believed that Telenor is currently talking to at least four entities that could partner it in future.

Telenor had wanted to scrap the joint venture with Unitech and move the business to a new company and seek fresh licences after its 22 licences were part of the 122 licences cancelled by the Supreme Court in February this year.

On its part, Unitech is finally getting back to basics. As a Unitech official says: “We needed to draw a line. We are out of it and will go back and focus on our core business.”

What remains to be seen now is whether Telenor will take a re-look at its bidding strategy. In July, Uninor reduced its presence in four circles—Kerala, Tamil Nadu, Karnataka and Orissa. It had then suggested that it would focus only on nine commercially active circles. There could be a re-think on this strategy now. However, Telenor officials refused to comment.

But, as the November auctions get closer, this is one more issue that has been settled. That leaves just the curative petition filed by Russia’s Sistema to be heard.
Tags assigned to this article:
news 9 unitech 2g telenor telecom operator spectrum auction norwegian telecom mobile subscribers