Washington [US], February 5 (ANI): American supermodel Chrissy Teigen shared a heartbreaking note about her son Jack - whom she lost last year about halfway into her pregnancy - as her intended due date approached.
According to Page Six, the 35-year-old Teigen took to Instagram and reflected on the dark period in her life and shared pictures from the set of husband John Legend's music video for 'Wild' -- which served as a pregnancy announcement. 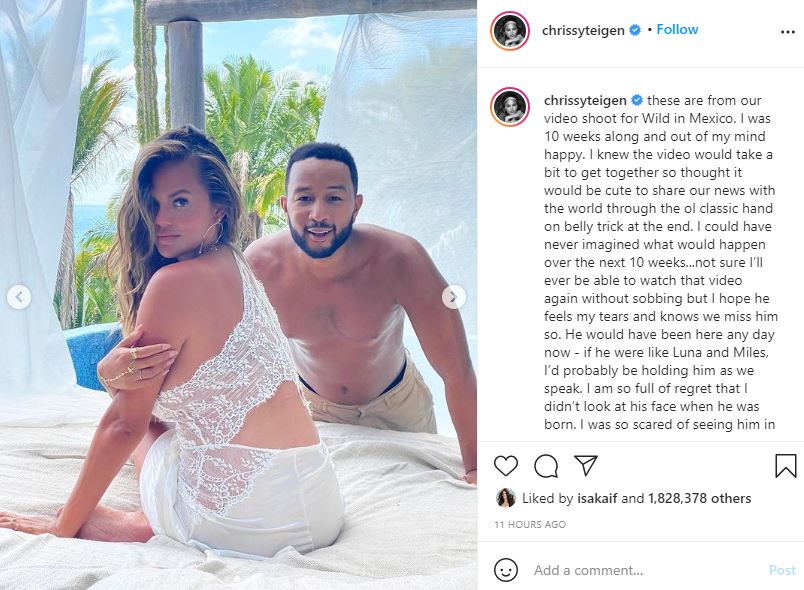 "He would have been here any day now - if he were like Luna and Miles, I'd probably be holding him as we speak," she wrote, referencing the couple's 4-year-old daughter and 2-year-old son.
"I am so full of regret that I didn't look at his face when he was born," she wrote.
"I was so scared of seeing him in my nightmares that I forgot about seeing him in my dreams. I hurt every day from that remorse."
As reported by Page Six, Teigen and Legend lost baby Jack at the end of September after she had been hospitalised with pregnancy complications. At the time, she shared a heartbreaking image of the couple holding the infant in the hospital.
Teigen, who since has gotten sober and entered therapy following her pregnancy loss, also said she thought she had gotten through the "worst" of the grief.
"This month is a rough reminder and to be honest, I thought the worst was over but I guess life and emotions aren't on any sort of schedule," she shared.
She ended her note with a direct message for her Jack.
"I love you jack. I miss you so so much," she wrote. (ANI)