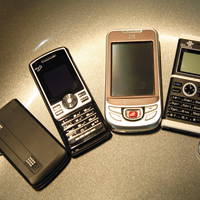 Last week, the Department of Telecommunications (DoT) asked cellcos to ensure that their networks are free from trapdoors and meet the security norms. This is seen as a move to corner Chinese equipment makers Huwaei and ZTE, two of  the biggest suppliers to Indian telecos. "Selective security audit will only deter them from doing business in India and it will also reduce competition in Indian telecom market," says Prashant Singhal, telecom industry leader and partner at Ernst & Young.

But the government wants all operators to follow security guidelines. "Internationally, cellcos follow security audit, but governments in those countries do not make a hue and cry of the issue as they have their own mechanism to monitor the networks," says a senior DoT official.

However, cellcos' biggest worry is that the government may ask them to manage the networks they have already outsourced to equipment vendors and network operators. "Currently, managed services do not fall under any explicit licence norms," says the DoT official.

The DoT is working on a time-frame that would bring back the day-to-day monitoring of networks in the hands of the operators. If implemented, equipment vendors such as Nokia Siemens Networks (NSN) and Ericsson, which manage more than 90 per cent of the telecom networks in the country, will have to rebalance their operational and maintenance parameters.

Operators have little choice but to follow the government's instructions on security. After all, security cannot be compromised for the sake of business interests.