Chennai (Tamil Nadu) [India], January 11 (ANI): A software engineer from Chennai has been mentioned in the Asia Book of Records and India Book of Records for collecting bank notes from the maximum number of nations.
Annamalai Rajendran, the 34-year-old software engineer who achieved this feat, told ANI, "A hobby which started 10 years ago to maintain work-life balance soon turned out to be a passion as I get to know more about other countries and their traditions. I collected most of my banknotes through friends and numismatic auctions." 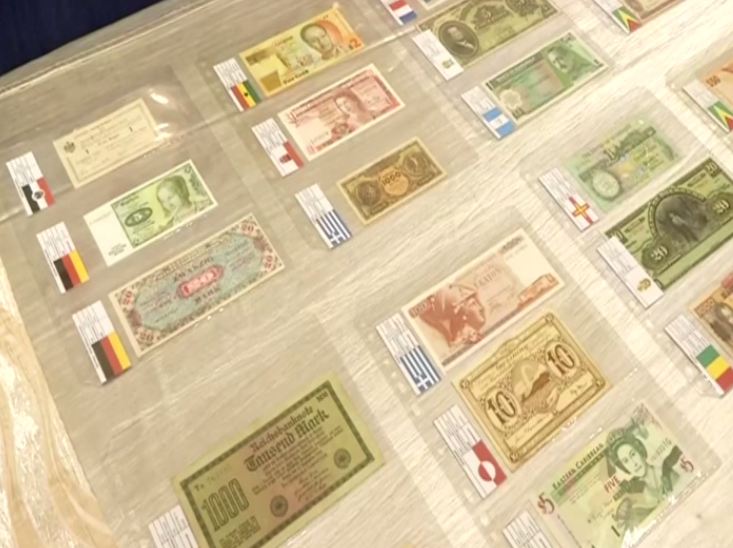 His collection includes currency notes from 410 nations which comprise 189 existing UN Member nations, 27 Island and Overseas Territories.
He has broken the record earlier held by Jayesh Kumar from Coimbatore.
Some of these currencies belong to a range period-17th Century to 21st Century. They are made of different materials like paper, polymer, cardboard, gold and cloth.
The collection also includes the world's first gold legal tender from Antigua & Barbuda, the world's first glow-in-the-dark coin, ancient coins ranging from India's Chola Empire to the Roman Empire of the West.
Annamalai Rajendran's currency collection was exhibited as a record attempt for the Asia Book of Records and India Book of Records as "Collection of Banknotes from Maximum Nations". (ANI)