Chennai (Tamil Nadu) [India], February 4 (ANI): Members of the Hindu Makkal Katchi party staged a demonstration at Valluvar Kottam monument in Chennai in support of the three Central farm laws on Wednesday.
"We support the farm laws. It will save us from commission agents, 'mandis' and help realise actual crop prices. We welcome the laws, we ask the Central government to not step back," said party Chief Arjun Sampath who headed the demonstrations. 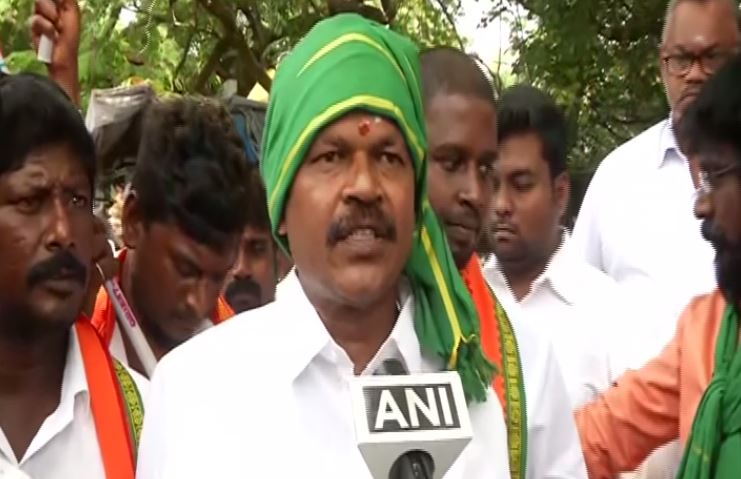 The party raised slogans in support of the Central farm laws and also demanded action against those who indulged in violence during the farmers' tractor rally held on Republic Day.
"Arrest immediately and punish those who ruined our Republic Day and sabotaged Red Fort. The government should give vigorous punishment to them," Sampath added.
He also welcomed the decision of the Bihar government to not give government jobs to those who are found indulged in any criminal activity "by involving in any law and order situation, protest or blockage".
Hindu Makkal Katchi is a Hindu-nationalist political party based in Tamil Nadu.
On Republic Day, farm unions were given permission to hold a tractor yatra but a group of farmers broke through police barricades and entered the ITO area clashed with police.
Farmers have been protesting on the different borders of the national capital since November 26 and demanding the repeal of three new farm laws. (ANI)