Checking In To Check Out India 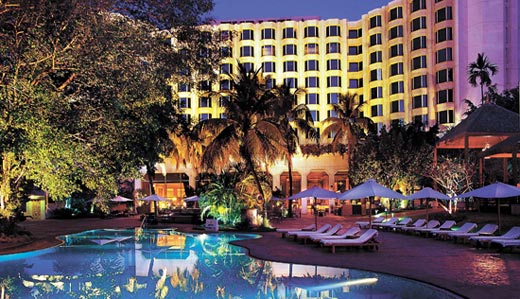 08 November, 2014
Print this article Font size -16+
It started as a trickle, but the traffic is ceasless now. Foreign hospitality players are queueing up to either announce expansion plans or launch brands in India.
This week, Preferred Hotel Group’s top honchos were in town to talk about their growing pipeline of hotel partnerships in India. Before that, Wyndham Hotel’s Asia-Pacific head was here to open the Ramada spa and resort in Udaipur and announce the debut of the group’s Howard Johnson brand.
In recent months, Dubai-based Jumeirah, Hyatt’s Andaz and Mandarin Oriental have all announced their intention to launch here. By 2016, when Starwood opens W and St Regis here, it would have eight of its nine brands in the country.
India’s booming growth is no doubt drawing the foreign brands, but another crucial reason why they are checking in is because of the soaring outbound tourist volumes. Currently about 12 million Indian tourists travel abroad every year, and it is increasing by leaps and bounds annually.
“Percentage wise, India is the fastest-growing source destination for the outbound. We are looking to source more business from here,” says Ananya Narayan, executive vice-president, Asia-Pacific, Middle East and Africa, Preferred Hotel Group, which has 650 hotels across the world in its portfolio. The Chicago-based group is a global provider of sales, marketing and distribution services to independent hotels, and has tie-ups with 29 Indian hotels, including all the Leela properties. It is now looking to ramp up its presence and focus on “secondary cities”.
According to an estimate by Lonely Planet, about 50 million Indian tourists are expected to travel overseas annually by 2020. For foreign hospitality players, building awareness for their brands here is necessary if they want more Indians to check into their properties overseas. Jumeirah has made no bones about the strategic significance of India as a source market, and why it is dropping its calling card here.
Ditto Wyndham hotels, which has over 7,170 hotels worldwide and brands such as Days Inn, Super 8, Tryp and Hawthorne. It is currently building the Ramada and Howard Johnson brands (the latter in partnership with Ahmedabad-based Unique Global Group, which is building the hotels). “What attracted us to Unique Group was the element of wholesale or bulk business that they could bring in,” says Frank Trampert, managing director, Asia-Pacific, Wyndham Hotel Group. Unique Global has about 300,000 members in its holiday time-share business, Unique Super Stay Plans.

“By building our own hotels, we are reverse integrating — we will already have 30 per cent assured occupancy through our timeshare members,” says Raj Kumar Rai, chairman and managing director, Unique Group.
Wyndham’s calculation is that this partnership could result in some of the timeshare guests staying at its foreign properties too. “Securing wholesale business is problematic,” confesses Trampert, and this was one of the pull factors in the tie-up with Unique.
Hoteliers entering India, however, do say that despite the pricing pressures due to a sudden supply glut and rupee devaluation against the dollar, the operating profits in India are higher. “The gross operating profit in the Asia-Pacific region has been on a decline and averages 30 per cent now. But in India, many cities still yield as high as 40 per cent GOP,” says Narayan.