Palwal (Haryana) [India], February 6 (ANI): As part of the countrywide 'Chakka Jam' called by the farmers union on Saturday, farmers who were blocking Palwal-Agra Highway here at Atohan Chowk made way for an ambulance.
The ambulance was stuck in the traffic caused due to blockage of roads and highways.
Karan Singh Dalal, member of the Haryana Legislative Assembly from the Indian National Congress told ANI, "Bharatiya Janata Party (BJP) is conspiring to destroy the farmers' protest. We all are protesting peacefully here and will continue to do so."
"We just want the withdrawal of these "black laws". As a part of Chakka Jam, we are not allowing any vehicle except emergency vehicles like ambulances," Dalal said. 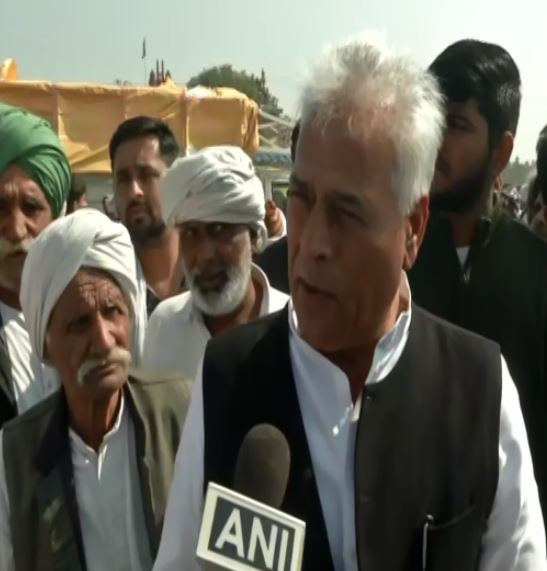 Meanwhile, Protesters also blocked the national highway near Shahjahanpur border, the border of states, Rajasthan and Haryana, as part of the 'Chakka Jaam' call given by farmers from 12 pm to 3 pm today. Protesters have also blocked roads in Amritsar and Mohali of Punjab as part of the protest.
Around 50,000 personnel of Delhi Police, Paramilitary and Reserve Forces were deployed in the Delhi-NCR region to maintain the law and order situation on Saturday, amid 'Chakka Jam' call by the protesting farmers' representatives.
Heavy deployment of police personnel was seen at Red Fort, as a preventive measure to dispel actions resulting from the calls for 'Chakka Jam.' (ANI)