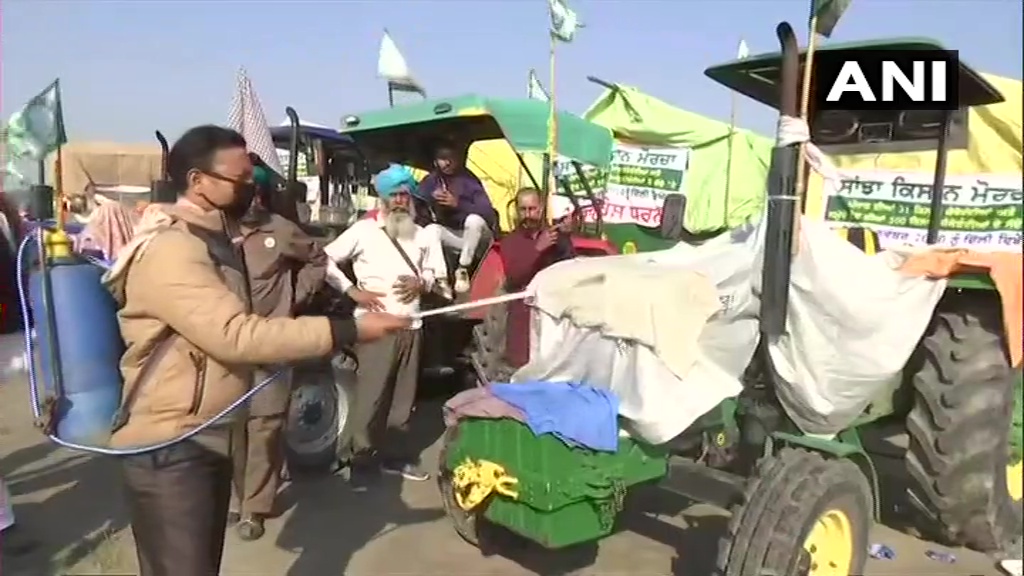 Arrangements have been made for the farmers at the ground, by the Delhi Government. The Delhi Police made an appeal to the farmers to maintain peace and hold a peaceful protest.
"After discussion with farmer leaders, the protesting farmers have been permitted inside Delhi to hold a peaceful protest at Nirankari Ground, Burari. Delhi Police appeals to them to maintain peace," the Delhi Police tweeted through its official handle.
Punjab Chief Minister Captain Amarinder Singh has welcomed the Centre's decision to allow the agitating farmers to enter the national capital.
Union Minister Mukhtar Abbas Naqvi said that the Central government is committed for the prosperity of farmers and said "gumrahi gang" is trying to mislead them.
"The Modi government is committed to the prosperity of farmers. Some 'Gumrahi gang' is trying to mislead them. Budget and MSP increased after 2014. Farmers are also being provided with financial assistance with PM Kisan scheme," Naqvi told ANI.
Farmers are protesting against the three laws -- the Farmers Produce Trade and Commerce (Promotion and Facilitation) Act, 2020, The Farmers (Empowerment and Protection) Agreement on Price Assurance and Farm Service Act, 2020, and The Essential Commodities (Amendment) Act, 2020.
Union Agriculture Minister Narendra Singh Tomar had earlier said the Central government is ready to discuss issues related to three agriculture sector laws with the representatives of farmers organisations. (ANI)