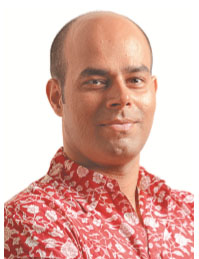 31 March, 2015
Print this article Font size -16+
Deal street is not just alive and kicking. It is rocking. On the M&A front — the sexiest of the I-banking verticals — the lows of 2013 are a distant memory.
The year gone by saw deals worth $38.11 billion getting sealed, a 35 per cent jump in volumes. In terms of count, M&As totted up to 573, a 15 per cent increase over 2013. All this suggests that the buzz is back and 2015 may just turn out to be as good as, if not better than, 2010, when deal volumes touched a record $70.32 billion.
This is not to suggest that the Indian markets pulled a rabbit out of the hat. There was cheer in M&As the world over. But a similar buoyancy was not seen in the Indian equity vertical, which remained largely dormant. In 2015, I-banking is expected to ride a resurgent economy. All boats will be lifted — qualified institutional placements, IPOs, foreign and domestic bond issuances.
It is in such celebratory times that we at BW | Businessworld decided to come out with our special issue on I-banking, saluting both deals and dealmakers, not just for the size/quantity of business, but, as reiterated by the eminent jury we put together, for the quality and complexity of deals stitched together by those blue-eyed backroom boys in their fancy suits.
For deputy editor Raghu Mohan, this issue was a labour of love. He spent long hours poring over the raw data from Bloomberg and then worked in tandem with PwC on curating the numbers for the jury to take a call. He prodded, cajoled and persuaded every member of the jury to take part in the process and then, finally, anchored the entire package with aplomb. Start reading from page 32.
Moving on, we have a story on wildlife tourism — pegged to the spurt in tiger numbers from 1,411 in 2006 to 2,226 — which asks and attempts to answer some fundamental questions: Is there a ‘too much’ to such tourism? When does it go from boon to bane of conservation? Catch all the action on page 72.
In our Personal Finance section this issue, we tell you about the easiest way to migrate to a country of your choice — by acquiring assets in the foreign country. Investment in a business or property can get you a residency visa in many a European, North American and Australasian country, says associate editor Shailesh Menon. So, stop dreaming, sack that ancestral house and get packing.
Bon voyage!