Caught In An Iranian Media Storm 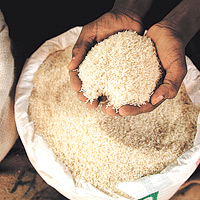 Given the growth of the Basmati Variant Pusa-1121 in his farms, Gurminder Singh, 32, a farmer in Fazilka village of Punjab, dreams of reaping Rs 65,000 per acre compared with the Rs 35,000 he normally earns from the routine kharif paddy crop. However, his dreams may be shattered as demand for Pusa-1121 may dip in Iran, the largest consumer of Indian Basmati.

Recently, a series of articles were published in Iranian papers, saying Pusa-1121 is genetically modified. This campaign, Indian Basmati exporters think, could be fuelled by Pakistan, which competes with India to sell Basmati to Iran. Exporters also fear that this might escalate to the Middle East and Europe, where Indian exporters are giving stiff competition to their Pakistani, Thai and American counterparts. In 2008-09, India exported 800,000 tonnes of Pusa-1121, despite objections from Pakistan, which alleges Pusa-1121 is not Basmati but a variant of Parmal.

Competitors' jealousy is behind all this, says Vijay Setia, former president of All India Rice Exporters' Association. He says things would look up soon. "We aim to increase the exports by 25 per cent this year." To pre-empt losses, Indian rice exporters are talking to their clients. The Agricultural and Processed Food Products Export Development Authority has also asked the Indian embassies in Tehran and the Middle-East to counter the reports against Pusa-1121.