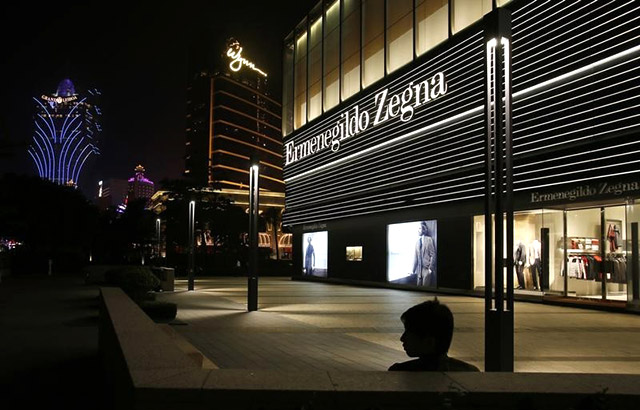 12 February, 2015
Print this article Font size -16+
Leading China's anti-corruption campaign, President Xi Jinping warned Macau last December that the world's biggest gambling hub needs to be about more than baccarat. Now, the reform drive has new champions - the casino operators.
The firms that lead the former Portuguese colony's $44 billion-a-year gaming business are pledging to spend billions of dollars on opening more amenities like convention centres and theatres, and touting their credentials as good employers.
The stakes are high as Xi's reforms squeeze revenue growth to a low since the industry was liberalised in 2001. Officials set to review Macau's 35 casinos will examine how operators have diversified away from gambling in deciding who gets the most gaming tables in a new strip modelled on Las Vegas, and who hangs on to concessions set to expire from 2020.
U.S. stalwarts like Las Vegas Sands Corp and Wynn Resorts Ltd say they know the new game well. "When you hear the central government and the Macau government urged operators to diversify the attractions of their facilities...they are preaching to the choir. We invented that idea," Steve Wynn, founder of Wynn Resorts, told investors in a conference call on Feb. 4.
The industry review is also likely to shed light on what the casino operators can expect as the first of their licences start to expire in 2020. Lionel Leong Vai Tac, secretary for Economy and Finance in Macau, said in January there may be changes in taxes on casinos, according to local media, without giving further details.
It also comes as growth in gambling revenue has plummeted, with high-rollers quitting Macau's tables in the face of Xi's zeal for squashing ostentatious spending. The rate of casino revenue growth in January was 17 percentage points lower than a year earlier, the eighth consecutive monthly decline, and February is set to be the worst on record with analysts predicting growth will be down some 35 percentage points.
Gambling Revenue
The six licensed casino operators in the special administrative region are prepared to adapt, and say their track record shows it can be done. In Macau, where one in five people work in the industry, gambling accounts for 95 percent of total revenue, more than double the level in Las Vegas.
"We believe it's in the very best interests of the concession holders to demonstrate to the government the significant investment they are making to help diversify the economy towards other forms of entertainment such as theatre and cultural activities," said Aaron Fischer, an analyst at CLSA in Hong Kong.
"These investments should translate into approval for around 400 gaming tables...reasonable considering the capital expenditure investment of between $2.5-4 billion being made by each of the operators," said Fischer.
Casino operators are also trying to emphasise good corporate culture and training for local residents, a key policy target of Macau Chief Executive Fernando Chui's new administration.
"We promoted just under 2,500 employees, 90 percent of whom were Macau locals. As one of the largest employers in Macau, if not the largest, we take our responsibly to the community very seriously," Sands founder Sheldon Adelson told investors in a Jan. 29 conference call.
Despite the extended slide in revenue growth, casino operators remain determined to make it big in Macau, with new developments coming up fast.
Over the next three years, the operators, including Melco Crown, SJM Holdings Ltd, Galaxy Entertainment Group and MGM China Holdings, will open new resorts on the Cotai strip, a reclaimed stretch of land between the bustling main peninsula of Macau and Coloane island, which is modelled on the Las Vegas strip.
These developments point to the future of the gaming industry in Macau, featuring much more than baccarat card tables and roulette wheels.
Galaxy's newest development is set to open on the Cotai strip in May, together with its new Broadway property which will house a 3,000-seat theatre.
Meanwhile, Melco Crown is expected to open its movie-themed Studio City in the third quarter with facilities that include a ferris wheel that stands more than 400 feet tall, a night club and a 5,000-seat concert hall.
(Reuters)
Tags assigned to this article:
news 7 china macau xi jinping casinos sheldon adelson melco crown galaxy entertainment group mgm china holdings fernando chui las vegas sands wynn resorts