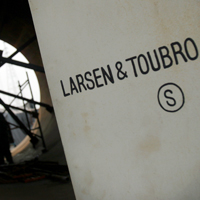 08 November, 2014
Print this article Font size -16+
Private equity giants Carlyle Group LP and Blackstone Group LP as well as Indian outsourcers L&T Infotech and Tech Mahindra Ltd, are lining up bids for Hewlett-Packard Co's $1 billion stake in India's MphasiS Ltd, several sources involved in the process said.
Buyout firms Advent International and Bain Capital LLC are also in talks to bid for HP's 60.5 per cent stake in MphasiS, an IT services exporter, said the sources, who declined to be named as details of a potential deal are not yet public.
Tech Mahindra and L&T Infotech, mid-range players in India's $108 billion IT outsourcing industry, may team up with private equity firms to make bids for the MphasiS stake, two of the sources told Reuters.
MphasiS, which generates roughly half its revenue by providing services to HP's clients, has a market value of $1.8 billion. Reports of a potential stake sale to private equity firms emerged about a month ago.
Preliminary bids for the MphasiS stake sale are likely to be invited by the end of June, sources said, and a deal could be finalised during the July-September quarter.
MphasiS was formed in 2000 and six years later Electronics Data Systems Corp acquired a majority holding in the company. In 2008, EDS was acquired by HP, which resulted in the transfer of the shareholding to the world's largest PC maker.
A deal would be one of the largest in India's showpiece IT outsourcing services sector. U.S.-listed iGate Corp bought a controlling stake in India's Patni Computer Systems for $1.2 billion in 2011.
The iGate deal valued Patni at about eight times EBITDA (earnings before interest, tax, depreciation and amortisation), and sources said MphasiS is likely to command a lower valuation since the bulk of its business depends on subcontracting by HP.
Officials with HP, MphasiS, Carlyle, Blackstone, Advent, Bain, Tech Mahindra and conglomerate Larsen & Toubro, which owns L&T Infotech, all declined to comment.
Mid-Range Player
MphasiS competes with Indian outsourcing services providers, including market leaders Tata Consultancy Services Ltd, Infosys Ltd and Wipro Ltd.
India's top outsourcing companies, including Infosys and TCS, are not seen as possible bidders for the MphasiS stake as their acquisition strategies are driven by the need to add new service lines or enter new countries, some of the sources said.
"This is mainly going to be a competition among the PE firms with some mid-sized companies expected to jump into the fray in the final stages," said one of the sources.
"The buyer will have to focus a lot on sales and marketing in the first few years to grow the non-HP business," which is why a private equity firm may team up with an IT services company, he said.
HP is expected to continue to send IT services contracts to MphasiS over the short to medium term after the sale of its stake and its contribution to the Indian unit's revenue will gradually decline after that, some of the sources said.
Besides MphasiS, HP has its own IT delivery centres in India where it employs thousands of engineers who provide services and develop software applications for its global clients.
Some of the sources said HP's move to sell its stake in MphasiS is part of CEO Meg Whitman's turnaround plan, which includes expanding into markets and areas with longer-term potential. HP could also use some of the sale proceeds to reduce its $2.9 billion debt, they said.
Private equity investments are showing signs of a pickup in India. KKR & Co LP in April agreed to buy a controlling stake in India's Alliance Tire Group from Warburg Pincus for roughly $500 million, sources have said.