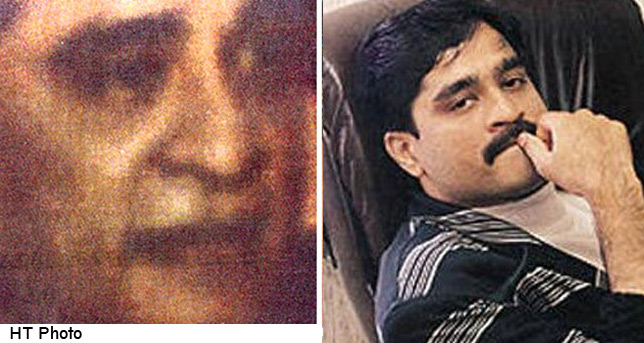 22 August, 2015
Print this article Font size -16+
A report in The Hindustan Times claims that underworld don and 1993 Mumbai blasts mastermind Dawood Ibrahim lives in Pakistan and the Indian intelligence agencies have enough evidence to prove that. The startling revelation comes ahead of the National Security Adviser-level talks scheduled to be held on August 23-24 in New Delhi.
Dawood, 59, who is wanted by India in connection with the Mumbai blasts that killed 257 people, and his family are based out of the upscale Clifton neighbourhood in Pakistan's Karachi, the report added.
The report goes on to add that this concrete evidence on the underworld don is likely to be presented before Pakistan's national security adviser Sartaj Aziz by his Indian counterpart Ajit Doval on Monday.
Doval is expected to seek a "firm commitment" from Aziz that Dawood should be handed over to India.

India is going to tell Pakistan that as recent as 2013, Dawood purchased a property in Karachi, close to the residence of Bilawal Bhutto Zardari, son of former Prime Minister Benazir Bhutto, according to a report in The Hindu.
Indian investigators are also said to have documents that prove Dawood's family and associates like Jawaid Chotani — also involved in the 1993 blasts — have travelled frequently to Dubai.
In 2014, Narendra Modi during the Lok Sabha election campaign had promised that he would hunt down India's most wanted man Dawood and ensure that justice is carried out. Now, with Modi becoming Prime Minister, he wants to live up to his promise and bring down the dreaded terrorist.
According to a report in The Hindu, the agenda of the UAE visit of Prime Minister Narendra Modi included extradition of 10 persons, several of them wanted in terror cases. Doval, who accompanied Modi on the trip, is learnt to have raised the pending extradition requests. The UAE showed its willingness to cooperate in these cases, it is learnt.
After Modi's talks with UAE's Crown Prince Mohamed bin Zayed Al Nahyan, the two nations condemned efforts, including by countries, to use religion to justify, support and sponsor terrorism against other nations.
It would help India corner dangerous fugitives such as Dawood, who is believed to be holed up in Pakistan and own properties in the UAE.
Experts say that for Dawood to be brought back from Pakistan, it needs to be done through diplomatic channels. However, for this to become a reality, Pakistan's chief for Inter-Services Intelligence (ISI) needs to acknowledge that the dreaded terrorist is indeed hiding in their country. In fact, Dawood pays the ISI humongous amount of money for protection. Additionally, the ISI uses Dawood's money to plan out terror attacks in India and spread their illegal activities throughout the country.
For the past couple of years, Dawood has reportedly acquired vast tracts of farmland in Africa that can be sublet for agricultural production. Africa could be one of Dawood's possible bases if he has to leave Pakistan, but the ISI was not allowing him to leave. Moreover, he can't shift back to the Emirates as the country has an extradition treaty with New Delhi that has allowed India to net fugitives such as Abu Jindal.
Dawood's association with Africa is old. Since 1998, he had been procuring his drug supplies from al-Qaida in Afghanistan and got involved with al-Qaida, the Taliban and the Lashkar-e-Toiba's terror nexus. Dawood had short-listed five African nations as possible destinations: Somalia, Zimbabwe, Kenya, Congo and Sudan.
The name of Dawood figures in almost all the dossiers that have been handed over to Pakistan since the National Democratic Alliance rule in early 2000.
Dawood, who has been listed as Specially Designated Global Terrorist by the United States for his alleged links with al-Qaida terror group, vanished from Mumbai around 1992-93.
New Delhi has pressed Islamabad for long to dismantle terrorist infrastructure on its soil that plans and directs attacks on India. It has also been pushing Pakistan to expedite the trial against the planners of the 2008 Mumbai attacks.
Tags assigned to this article:
dawood ibrahim NSA Talks ajit doval narendra modi pakistan terrorism 1993 Mumbai Blasts isi