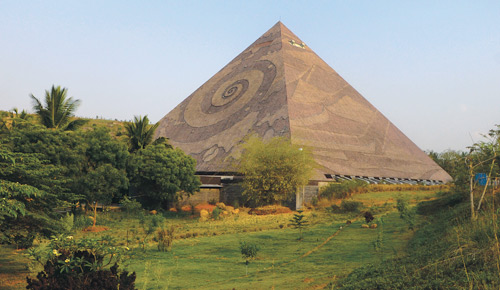 
break-page-break
Repeated efforts bring forth deeply suppressed complexes, which cause agitation. Whether they manifest as emotions, memories or dreams, they are accompanied by physical sensations. Through trial and error, you observe unpleasant and agreeable experiences with equanimity. While doing so, agitation gives way to inner peace. By the 10th day, you resume your normal life.

Participants describe silence as a pleasant interlude. "There is no technique, at present, other than Vipassana to take one to the path of enlightenment," says Dr Ramesh S. Shah, a cardiologist from Ahmedabad. "Though I am a medical practitioner, Vipassana has helped me realise the truth pertaining to mind and matter."

Buddhism propagates two types of respiration meditation — Samatha (or Anapanasati) and Vipassana. Though Vipassana was eventually lost in India, it spread to Thailand, Sri Lanka and Myanmar where it was preserved. A former industrialist in Myanmar, Satya Narayan Goenka, took his first 10-day Vipassana course in 1956 under the guidance of Sayagyi U Ba Khin. He realised his spiritual calling, and came to India to spread the power of silence. Goenka established the Vipasana International Academy in 1976 at Dhamma Giri in Igatpuri at Nashik district of Maharashtra.

Vipassana meditation does not involve a ‘guru', only guides provide assistance. A Zen-like upliftment can be achieved if one refrains from other forms of prayer and counting beads. Conversations are discouraged, couples stay separate and communication, if necessary, is restricted to the guide.

Santhigiri Ashram, Thiruvananthapuram
Spirituality blooms at Santhigiri Ashram at Pothencode near Thiruvananthapuram, Kerala — almost literally, considering it houses a lotus-shaped Parnasala or hermitage. The hermitage is the memorial for Navajyothisree Karunakara Guru, the founder Acharya who made Pothencode his abode from 1968 following a divine revelation. It is considered the largest of its kind in the world.

This 91-ft white makrana marble hermitage is designed with 21 petals, each 41 ft high. The 12 petals on the top represent 12 rasis (astrological signs) and the remaining ones towards the base symbolise nine grihams (planets that govern this universal body). The heart of the structure contains the Sarakoodam, a 27-ft teak wood lotus bud enclosure with a marble cask. This connects to a pedestal, on which a life-size golden sculpture of the founder is installed.

The Lotus Parnasala is the central structure of the spiritual zone. On the right is the Prayer Hall where devotees pray and observe silence in front of the Omkara image. Discourses are conducted at the Sahakarana Mandiram located on the left. The spiritual zone echoes with Akhanda Naamam or prayer chants, punctuated with the tolling bell during prayers.

It is not a meditation centre but a spiritual ‘parampara' (order) based on a guru-disciple relationship. "It promotes a holistic way of living under the guidance of the omniscient Guru, with prayers and righteous karma (action) to achieve the all-round evolution of an individual, family and the society," says Swami Gururethnam Jnana Thapaswi, organising secretary of Santhigiri Ashram.

Contemplative moments at the ashram are gently interrupted by the chirping of birds. "Dhyaanam (meditative silence) is observed while praying and the intent is not only to concentrate on the divine form of the guru, but also to communicate with the guru in a subtle manner through ‘sankalpam' or a meditative resolve," says Swami Thapaswi.

Today, schools of thought fall back on ancient principles to propagate silence as a soother. Each school provides a unique environment to experience nirvana.

The author is a freelance feature writer based out of Banglore