Washington [US], September 11 (ANI): Former Olympic athlete and reality TV star Caitlyn Jenner was not made aware ahead of time that 'Keeping Up with the Kardashians' was ending.
According to Fox News, being the ex-spouse of Kris Jenner and the father of Kendall and Kylie Jenner, the 70-year-old star is Kardashian-adjacent but appeared regularly on the show for several seasons. She has since made occasional appearances.
In an interview with Australia's 'The Morning Show,' Jenner revealed that she was never made aware of the show's ending.
"I heard it on the news," she admitted when she was asked how she had heard about the show coming to an end.
Jenner continued, "Nobody called me, I heard it through the media. Was I surprised? No. But that show is probably the greatest reality show in history."
She went on to praise her own daughters and former step-daughters Khloe, Kourtney and Kim Kardashian for holding up such a long-running program alongside their matriarch.
"These girls have done just an amazing job to keep to the show going, come up with material," she said.
Jenner then recalled meeting with E! network for the first time with Kris and their daughters and being told, 'We don't know if we get it, but we'll order six shows. One camera doing six shows."
After being just a few episodes in, E! ordered more, recalled Jenner before the success of the show was obvious.
Jenner said, "It went from there and it seems like it never stopped. The girls and Kris have done just an amazing job with the show and keeping it going this long."
She then said she feels "it's time" for the show to come to an end because "everybody's in a different place now."
"Nothing lasts forever, and shows do come and go. This one is by far done the best, I think, of any reality show in history," added Jenner. "So at some point, it's going to come to an end."
Finally, she noted that several of the members of the family are embarking on other journeys, and feels that "they really want to pursue the other things probably more right now because there's where their future is."
It was announced on Tuesday that the hit reality show would be coming to an end in 2021.
The announcement made by Kim via Instagram in a letter "to our amazing fans." A spokesperson for E! also confirmed the move to Fox News. 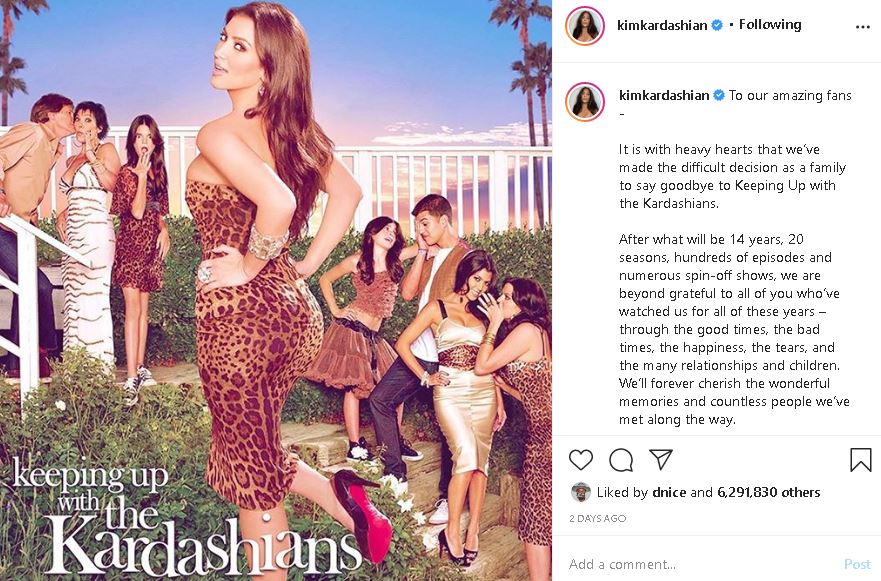 "It is with heavy hearts that we've made the difficult decision as a family to say goodbye to 'Keeping Up with the Kardashians," the 39-year-old reality star and businesswoman captioned a lengthy note. (ANI)