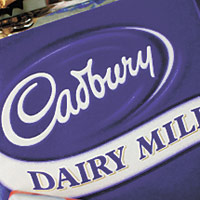 08 November, 2014
Print this article Font size -16+
Confectionery firm Cadbury India Limited has come under the scanner of financial intelligence sleuths for alleged excise duty evasion of about Rs 100 crore. In an inquiry being conducted by the Department of Revenue, the firm was allegedly found to have wrongfully claimed 'area based exemption' for its new unit at Baddi in Himachal Pradesh, official sources said. A Cadbury India spokesperson confirmed that a probe was on but declined to discuss details about it.

"A compliant and ethical corporate culture, which includes adhering to laws and regulations in the countries in which we operate, is integral to our success. To that end, we are fully cooperating with the authorities on this inquiry. Since the investigation currently is underway, it will be inappropriate on our part to discuss the details at this time," the spokesperson said in an e-mail response to PTI.

As per the central government norms, the area based exemption for new industrial units of firms in Himachal Pradesh provide full exemption from excise duties for specified goods for a period of 10 years. However, for availing this the unit should have been established before March 2010 to claim such exemption.

Acting on intelligence inputs, the officers of Directorate General of Central Excise Intelligence (DGCEI) found that the company claimed excise duty exemption for its new unit in Sandoli village in Baddi, relating to a period even before it came into existence, the sources said.

According to a certificate of commercial production by the Industries Department of Himachal Pradesh, the unit was established sometime in January, 2011, they said.

"By way of wrong availing of the area based exemption for which they are not entitled, the new unit of Cadbury India Ltd in Himachal Pradesh has evaded the central excise duty to the tune of Rs 100 crore approximately on the clearances of the goods manufactured by them," a senior official said.

It was further found during the course of investigation that mandatory licences or permissions from local bodies concerned for setting up the unit were not obtained before the last date of 31 March 2010, the sources claimed.

Armed with intelligence inputs and certain documents claiming wrong doings, the DGCEI, which began its preliminary probe last year, also carried out the searches at the various premises of the firm and other suspected people. During the course of investigation, the statements of various persons, including Managing Director of Cadbury India Ltd and at their corporate office at Mumbai and also their ex-employees have been recorded under Section 14 of Central Excise Act, 1944, a Finance Ministry official said.

The Section mandates power to summon persons to give evidence and produce documents in inquiries being carried out by the revenue Department.

The investigations conducted so far has revealed that the company through its unit had filed a declaration with the office of the Assistant Commissioner, Central Excise Division, Shimla claiming that they have commenced commercial production in the June 2009.

"Whereas, the certificate of commercial production by the Industries Department of Himachal Pradesh has been issued to them somewhere in January 2011 which shows that the said unit had not commenced their commercial production up March 2010 and area based exemption has been wrongly availed," the officials said.