CSE Seeks Ban On Use Of Antibiotics In Poultry Industry 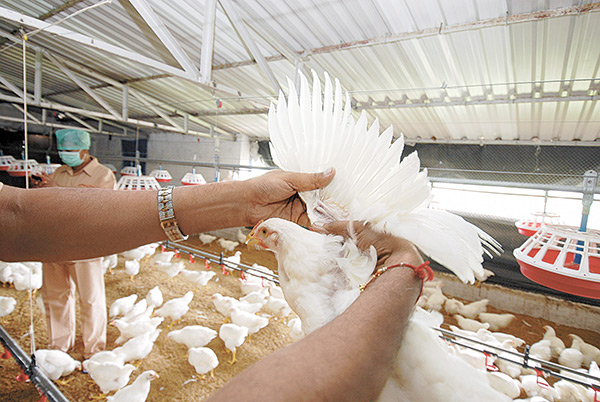 08 November, 2014
Print this article Font size -16+
New Delhi-based advocacy think-tank Centre for Science and Environment (CSE) has sought a ban on the use of antibiotics as feed additives for faster growth in poultry industry. The recommendation is on the basis of a CSE lab study that found residues of antibiotics in 40 per cent of the samples of chicken that were tested.

The CSE lab tested 70 samples of chicken in Delhi and NCR: 36 samples were picked from Delhi, 12 from Noida, eight from Gurgaon and seven each from Faridabad and Ghaziabad. Three tissues — muscle, liver and kidney — were tested for the presence of six antibiotics widely used in poultry: oxytetracycline, chlortetracycline and doxycycline (class tetracyclines); enrofloxacin and ciprofloxacin (class fluoroquinolones) and neomycin, an aminoglycoside. This is the biggest study done in India to test residues of antibiotics in chicken.

CSE researchers point out that antibiotics are frequently pumped into chicken during its life cycle of 35-42 days: they are occasionally given as a drug to treat infections, regularly mixed with feed to promote growth and routinely administered to all birds for several days to prevent infections, even when there are no signs of it. “Our study is only the tip of the iceberg. There are many more antibiotics that are rampantly used that the lab has not tested,” says Bhushan.

CSE wanted the government to regulate the poultry feed industry and ensure that unlicensed and unlabeled antibiotics are not sold in the market. “The government should promote development of alternatives and good farm management practices. It should set standards for antibiotics in chicken products. It should set up systems for monitoring and surveillance of antibiotic use and antibiotic resistance in humans and animals”, a CSE statement said.
Tags assigned to this article:
news 7 pharma joe c mathew cse poultry industry chandra bhushan