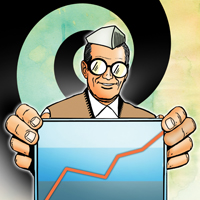 08 November, 2014
Print this article Font size -16+
In order to address grievances of taxpayers who filed their I-T returns electronically and are seeking refunds, the CBDT has extended the deadline for filing a fresh ITR-V to March 31 for cases where postal receipts did not reach the tax office in Bangalore.

The fresh copies of ITR-V, by such category of taxpayers, should be sent to the Central Processing Centre (CPC) of the I-T department in Bangalore only by "speed post".

"In order to mitigate the grievances of the taxpayers pertaining to non-receipt of tax refunds, the Central Board of Direct taxes, in exercise of powers under section 119(2)(a) of the I-T Act hereby further relaxes and extends the date for filing ITR-V for AYs 2009-10, 2010-11 and 2011-12 till March 31, 2014 for returns e-filed with refund claims..," a notification circulated by the CBDT to all I-T offices across the country said.

The CBDT took the decision, sources said, in the wake of several representations made by taxpayers to it stating that "despite sending ITR-V through post to CPC in Bangalore within the prescribed timeframe, the same did not reach the CPC and hence such returns became non-est (null)."

According to rules, once a taxpayer files his e-return, he or she needs to send his ITR-V by post within 30 days.

Taxpayers who have been affected by this problem of non-reaching of their postal receipts can also go to the internet and check the official website of the department's e-filing portal by typing the link-- http:/incometaxefiling.gov.in/e-filing/Services/ITR-V Receipt Status.html.

The taxpayers then need to punch in their PAN card number and AY or type in the e-filing acknowledgement number on the website to check their status.

The CBDT, while making this concession, also took into account the taxpayers' claim that as they were required to send their ITR-V by ordinary post, they did not have dispatch receipts to support it, sources said.

The CBDT, sources said, expects that this last time opportunity will resolve the grievances of all taxpayers pertaining to these three AYs.

"The CPC will take six months after March 31 to process these claims," a senior I-T official said.