CAT Tips: What Not To Do 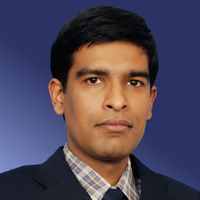 Don't Attempt The 'Speed Breakers'
The CAT exam has certain questions which can best be termed as 'speed breakers'. Although these questions can be solved, they take too much time and hence, break the candidate's speed or momentum.

Hence, although the candidate does get marks for one correct answer, he/ she spends an amount of time-in which he/ she possibly could have attempted 2-3 other questions and scored more marks.

How do you spot these questions? These are often found in the Analytical Reasoning or the Data Interpretation section. While a particular set of questions may be quite easy, they may require actual calculations involving tedious multiplications or divisions of large numbers (or numbers with many decimal points).

Look carefully at the answer choices. If they too close and differ only in the decimal numbers, you may need long actual calculations to find the answer. If you are pressed for time, it is best to avoid such questions.

For Analytical Reasoning questions, questions with too many statements in which there are too many conditions mean that you will need too much time to solve them, as several possibilities exist and need to be evaluated. Again, it is best to leave these.

Don't Calculate Everything
An analysis of the CAT tests of previous years shows that the test taker doesn't need to calculate everything. The exam, amongst other things, tests your ability to make a crucial choice- when to actually calculate an exact number and when to approximate.

If an approximation works, use it. It will save you time and effort. For example, in some graphs, a simple visual examination will suffice; the exact values of the plotted variables may not be needed.

Don't Underestimate The Need For Planning
"If you fail to plan, you plan to fail" is an old saying. It is as true for the CAT exam as for anything else. Hence every candidate attempting CAT should have a strategy in mind. This will vary for different candidates depending on their relative strengths and weaknesses.

The candidate' strategy must also cover aspects such as which kind of questions he wishes to attempt first, which later etc. For example, the candidate can choose to keep caselets pertaining to Reasoning for later as these may be time consuming.

Don't Forget To Use Technology
This is an important point-the Computer-based CAT exam can make life easy for you, if you know how to use the technological features offered by the test interface to your advantage.

For example, how can the student know whether he has attempted enough questions in the given time limit to clear the sectional cut-off?

The technological feature of the 'Review' tab helps here-clicking on this provides you a quick snapshot of how many questions you have attempted, how many you have left out etc. If you have clearly attempted too few questions, speed up and try and do a few more in the given time to clear the sectional cut-off.

Don't Be Inconsistent While Preparing; But Don't Overdo Your Preparation
There is no single recommendation on 'how much to study' for the CAT. This depends on several relative factors including the candidate's IQ, his strengths and weaknesses, how much time he can spare etc.

But the candidate needs to be consistent. If he/ she has decided to devote three hours a day then he/ she must adhere to it. The mistake that students often do is that they go easy during the week and study for ten hours over the weekend. This does not work!

But too much of anything is bad. There is an optimal level for most things and preparation for CAT is no different.

Do not overdo the number of mock tests you take. I have seen students take up test packages from 3-4 different coaching institutes and attempt all of them. This may only lead to fatigue and burn-out. Attempting three-four mock tests per week is probably good enough.

Similarly, it may not be necessary to burn the midnight oil while preparing. Rather be consistent and diligent with your preparation, as earlier mentioned.

An alumnus of IIM Calcutta, Sidharth Balakrishna is part of faculty of top management institutes. He has authored a number books on management: his latest book is called An Introduction to CAT: Tips from an IIM Alumnus (Pearson)