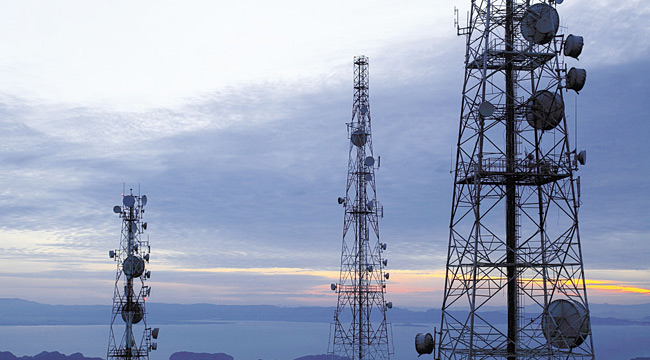 11 May, 2015
Print this article Font size -16+
Raising concerns over various policy issues in the telecom sector, the Comptroller and Auditor General (CAG) on Friday flagged financial gaps to the tune of over Rs 31,000 crore, including towards non-imposition of fines and the undue gains to private operators such as Reliance Jio, Airtel, RCOM and Tata Tele.
The government auditor said Reliance Jio Infocomm got undue benefit of Rs 3,367.29 crore after the Department of Telecom (DoT) allowed it to provide voice calling facility under the new licensing regime, the Comptroller and Auditor General (CAG) said.
Whereas Bharti Airtel made an undue gain of Rs 499 crore because of DoT's decision to merge Chennai telecom circle with Tamil Nadu in a hasty manner in 2005, it added.
Denying having received any favour, Reliance Jio said, "We have always conducted our business as per the prevailing laws and have abided by the rules and regulations prescribed by the DoT and other regulatory authorities."
Reliance Communications and Tata Teleservices got undue benefit to the extent of Rs 882.06 crore (2009-10 to 2013-14) after the DoT granted telecom licences for dual technology in October 2007/January 2008, the CAG said.
The DoT though failed to implement TRAI's recommendations to levy spectrum usage charge for the combined total of spectrum allocated in different technologies (GSM and CDMA) in specific bands without any reason on record.
The government auditor also pulled up DoT's vigilance arm for failing to impose penalty to the tune of Rs 4,300 crore on telecom operators for violating mobile tower radiation rule.
The CAG also said the DoT allowed operators to enter into mutual commercial agreements for intra-service area roaming in 2008 resulting in adverse financial impact on revenues.
"We observed that the amendment was made in irregular manner and facilitated indirect sharing of spectrum by the telecom service providers in the guise of Intra Service Area Roaming (ISAR) without making any payment," the CAG said.
The auditor said though ISAR facilitated apparent sharing of spectrum, the charges for the same as proposed by DoT and approved by the Cabinet in November 2012 were not levied on parties involved in ISAR agreements.
One-Time Charge
"These charges are one-time charge for spectrum holding above 4.4 MHz (GSM)...and the additional spectrum usage charges at the enhanced rate for combined spectrum holding as applicable, as calculated by audit, comes to Rs 8,210 crore and Rs 1,394.53 crore respectively," the CAG said.
The auditor also highlighted undue favour to CDMA operators when the DoT decided not to auction 800 MHz spectrum for enhanced voice data optimized (EVDO) services in 2010 though they were providing 3G EVDO services with the available 2G spectrum (800 MHz) without liberalisation of spectrum.
The CAG said GSM players had to separately buy 3G spectrum or had to pay for liberalisation of existing 2G spectrum for providing 3G services, the same yardstick was not made applicable to CDMA licencees despite the fact that both the 1800 MHz and 800 MHz spectrum allocated before November 2012 and March 2013 was bundled with 2G licence.
"This resulted in non-realisation of upfront charges amounting to Rs 9,626 crore from CDMA operators providing EVDO services," CAG said.
The CAG also said the DoT did not raise demands on eight telcos, whose licences were quashed by the Supreme Court in February 2012 despite the court's ruling that they should pay the reserve price fixed by the government for the purpose of conducting auction in November 2012, leading to non- realisation of Rs 2,117.88 crore.
Regarding BSNL, the CAG said the DoT failed to observe the prescribed rules relating to pension contribution in respect of absorbed employees in the sate-run firm which resulted in short recovery of Rs 707 crore from the company.
(PTI)
Tags assigned to this article:
top 2 telecom bharti airtel department of telecom 3g spectrum 2g spectrum reliance communications comptroller and auditor general tata teleservices reliance jio