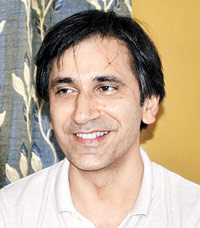 08 November, 2014
Print this article Font size -16+
Some call it unseemly negative advertising, but it may turn out to be a key influencer in the 2012 US elections. The Obama campaign ads targeting Romney are a brilliant attempt to redefine and capture a potential shift in America’s capitalist faith. They give voice to the subtext of many Obama policies. At stake is an unpredictable election that could well be decided by the relative electoral weight of people who believe they are, as Steinbeck famously put it, “temporarily embarrassed millionaires” and those who feel that some forms of redistribution are now essential to their economic prosperity.
As American demographics shifts and turns in ways that were almost unimaginable just a couple of decades ago when Reagan left office, new trends are gaining momentum. The widening economic inequality and disaffection is hitting some groups harder than others. For the disaffected, not all roads to a better state go through the relatively uninhibited capitalism that has distinguished the US in recent years. The “99 per cent” does not need to be even 50 per cent to carry the day in Obama’s favour. Electoral mathematics is all they need in their corner.
For proponents of state-free capitalism, there is trenchant irony in this. Western-American capitalism, as distinguished from its pale imitations in countries like France, is going through an existential crisis. This goes much deeper than the fiscal deficit and the bogey of another recession. At the core of the current crisis are the social dynamics and power structures that have taken root over the years. The concentration of wealth is not the only issue: it is the concentration of ability to create and appropriate wealth that worries people more. A sign that some of the players are blithely oblivious came with the payment of post-bailout bonuses, ostensibly to prevent the flight of quality labour. Flight to what? Competitor companies on the fast track to bankruptcy?
Most functioning economic systems finally coalesce around a few elites. Economies that cannot evolve and keep these power centres in check go through a traumatic cycle of excess and what historian Edward Gibbon called “immoderate greatness”, before their eventual demise. Untrammeled laissez faire could not outlast the old trading powers. Modern-day communism simply could not have survived without significant mutation.
Unless the status quo changes dramatically, one can easily hazard two predictions about the US. One, income inequality will likely continue to rise with a dramatic skew at the very top — not necessarily a bad thing during times of high economic tide. Two, the perpetrators of the mortgage crisis will not suffer any serious consequences, except maybe a symbolic sacrifice or two.
This is unfortunate, since the choice before the capitalist standard-bearers is stark. China’s model is as good an exposition of working capitalism as it is of communist determination. Unfortunately, Sino state capitalism is a black box. That it has been an economic success is past debate. But till the attendant costs are better known, it cannot be a model for emulation. That leaves one with the daunting prospect of making Western capitalism work.
In the meantime, the redistribution logic is fast becoming an easy choice for many US voters. The ham-handed attempts to direct the Occupy movement by some politicians have failed as the movement slowly collapses under the weight of its contradictions. That does not mean there isn’t a substantial vote bank in the US battle-ground states that believes some forms of economic re-routing would be good fix in these trying times.
Obamacare is a stealth agent with re-distributory powers. So are many of the other proposals that inform Obama’s policies, including the obdurate hard-line against outsourcing. This will play well with the constituencies Obama appeals to. They also know that a second-term president would have little to lose in the pursuit of a legacy. Of course, this pursuit can lead to unforeseeable and unintended consequences: Reagan had a historic second term; George Bush had Iraq.
Should this scenario play out as Obama’s strategists expect it to, big government will be a US fixture for the next four years. Activist shareholders and corporate boards need to realise that they are quickly running out of time if they want to hold themselves accountable. They run the very real risk of being held to account by a second-term government wielding the blunt instrument of regulation — and redistribution.
The author is an NYC-based management consultant