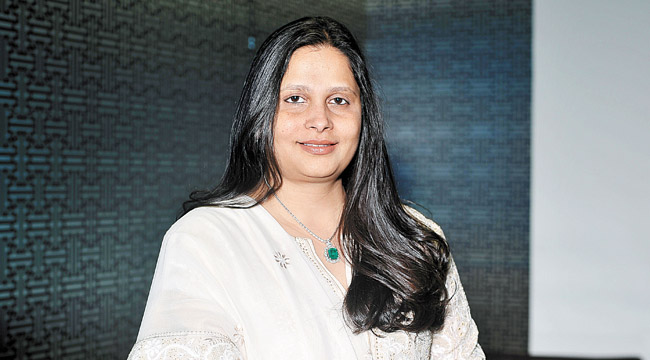 31 March, 2015
Print this article Font size -16+
Nipa and Utpal Sheth, now a husband-wife business team, have been selling debt offerings so well for nearly two decades that they can be anointed brand ambassadors of the Indian bond market. The couple struck their first deal in 1996, while studying for their CFA. In their mid-20s then, Nipa and Utpal managed to get ICICI’s mandate to sell some short-term debt at a 16 per cent coupon. It was a Rs 15-crore offering. They convinced an Ahmedabad-based Jain community charitable trust to buy the issue. As it was available at a deep discount, the Sheths made a decent profit.

“We started our business distributing debt securities to charitable institutions that had excess funds to invest,” Nipa says, recalling the early days of Trust Investment Advisors. “At 14-16 per cent coupon, these bonds flew off our hands. Investors made a lot of money parking their money in these papers; sustained rally in the bond market between 1996 and 2003 helped them garner large gains.”

By 2001, Nipa and Utpal’s firm was counted amongst the largest debt distributors in the country. Two years later, Trust Group got the licence to trade on the wholesale debt market segment of the National Stock Exchange. Sensing immense potential in the debt origination space, the firm became a full-fledged merchant banker in 2008.

“We realised early on that we’ll not be able to survive merely by distributing papers. There was no point playing the game in parts… We had to be there on both the assets and liabilities side. We had to service both issuers and investors,” says Nipa, recounting the tumultuous years between 2005 and 2008, when equities market ruled the roost and debt was considered a poor cousin.

Managing bond issues is a tricky business as it involves bidding for the mandate (at lowest possible fees), underwriting the issue and then downselling the whole issue in the secondary market. At no point can the merchant banker hold the bond for more than a few days. If the deal is cut finely, with the lowest possible discount, the merchant banker will have to downsell the issue within a few hours. This is where contacts with institutional investors (provident and pension funds, insurance companies and mutual funds) and high net worth clients come handy. “There’s competition at all levels. You need to be at the top of league tables to get mandates. You need banking lines to underwrite issues. To downsell issues, you need investors who trust your judgment,” says Nipa, whose firm took part in 234 debt offerings worth Rs 21,280 crore in 2014.

Food Corporation of India, REC, Power Finance Corp., MTNL, SAIL and DLF were her biggest clients in 2014. The high volume of deals coupled with complexities involved in selling these issuances helped Trust Investment Advisors win the BW-PwC I-Banking ‘Rupee Bonds Dealmaker of the Year’ Award. “Finding investors is a problem only in some cases. PSU issues are lapped up in sizeable quantities,” says Nipa. “NBFC offerings are taken off our books in 2-3 days. Private corporate debt can get a bit sticky: sometimes merchant bankers take 10-15 days to sell these issues. “That said, institutional investors are warming up to the idea of investing in lowly rated papers,” she adds.